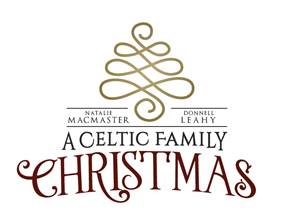 With decades of musical experience, tremendously successful solo careers recognized around the world and over 10 years of marriage and six beautiful children, Natalie MacMaster and Donnell Leahy have set their sights on combining their musical talents and home lives; welcoming audiences into their festive holiday celebrations with “A Celtic Family Christmas”. Alongside beautiful seasonal music that audiences know and love, fans will enjoy riveting pieces, traditional Cape Breton tunes, step-dancing, story-telling and a joie-de-vive that will thrust them headlong into the Christmas spirit. Joined by their children and Leahy brothers Doug and Angus, Natalie and Donnell kick off “A Celtic Family Christmas” on November 26th in Brampton, ON and will make multiple stops across the province, wrapping up in Oakville on December 21st.

After receiving her first fiddle at the age of nine, Natalie MacMaster knew that music was ingrained in her soul. Little did she know when releasing her first recording at the young age of 16 that her career would go on to span over 30 years, garnering her numerous awards across Canada and the US and recognition for both her musical talents and contribution to Cape Breton’s fiddling tradition. Renowned for her elegance with the bow, intricate technique and stylistic diversity, MacMaster is as captivating as they come, both on and off stage.

Growing up with a fiddle-playing father and a step-dancing mother, Donnell Leahy’s musicality and love for the arts was inevitable. A fiddle in his hands was a constant, and Leahy spent years crafting his signature style – at the same time raucous and polished. As the musical leader and front man for Leahy, he was celebrated for his mesmerizingly strident, exultant and high-energy performances – characteristics he continues to explore in his latest musical pursuits.

“A Celtic Family Christmas” promises to deliver the exceptional music talents and obvious joy of playing together that fans have come to expect from this husband and wife duo. Incorporating family into performances and travel, the couple has found a way to maintain a healthy work-life balance while nurturing the gift of music in their children and sharing the Celtic traditionalism they both grew up with. A remarkable night of endless entertainment and dynamic performances, this show is sure to both enthrall old fans and garner new ones.