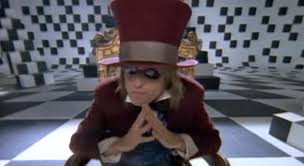 “A lot of people get famous now very quickly, and then they seem to have a turnover where they weren’t famous for that long, but someone else steps in to fill the slot. They’re sort of disposably famous I suppose. But I can’t keep up with who’s famous anymore … I know in my time, in my generation, if you had come, if they tried to offer my generation music by someone that had won a game show, it would have been hysterical. You would have been laughed out of the room. I mean we were suspicious of people that had hit records. I mean it was that different of a time.”