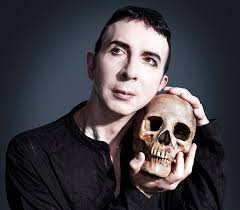 How do you think you’d fare on The X Factor, if your 21-year-old self turned up now, with the voice you had?

MA: I either wouldn’t get through, or I’d be put in that comedy section, with the novelty acts. They always have one or two every season, don’t they, so everyone could have a laugh at them. I hate that thing of, “This is how you have to sing.” Frank Sinatra said this great thing, that singing isn’t about singing in tune, or great technical singing. It’s about making people believe in the story you’re telling. I hate that Mariah Carey thing of turning singing into a ballet, singing 50 notes a second. Stick to the fucking melody! And tell the story. If I was a judge on there, that’s what I’d be saying. And don’t sing a song you can’t carry off, like some 16-year-old kid singing ‘My Way’. That song’s not for you. You haven’t lived that.

Most of the wonderful individualistic singers of the early 80s would completely baffle the judges. Imagine Kevin Rowland on there.

MA: Yeah, Kevin Rowland! How would they ever understand Kevin Rowland? All the great singers, a lot of people from that era. And so often, the singer is the sound of the record. People think they can cover anything, but the whole voice is the thing that’s unrepeatable. Like Boy George or Adam Ant. I still haven’t seen Adam on his comeback. I turned up to an Adam Ant show a MONTH early. I was stood outside the Indigo2 and no-one was there. I was thinking, “Has he cancelled the show?” And I looked again, “Bloody hell, I’m a month early!”

You, George, Adam, Kevin, you’d all be laughed out of the record company lobby now. Especially if you didn’t have a hit at the first attempt.

MA: What was great about the 80s was that you still had record companies who would get behind developing you as an artist. You had these bonkers heads of department and A&R people who, even after a flop album, would let you make another one. Or pursue some crazy idea. Phonogram, EMI, Warners, Virgin, Chrysalis, Echo, Cherry Red, I’ve been through them all – I think I ruined them all, one by one! They’ve all collapsed behind me. I’m the serial killer of record companies, I think. But they allowed me to do something like Marc And The Mambas and make a double album like Torment And Toreros. When Antony asked me to perform that album live for Meltdown I thought, how can we recreate something that came out of late nights at Trident Studios and loads of drugs? Because we never properly toured it at the time. We recorded it over three weeks, late at night because it was really cheap, and made it up as it went along. I’d come in and I’d say, “Now we’re going to do this, right?” And I’d have a tape loop of something and we’d turn the tape backwards, and Matt Johnson (The The) would come up with something, and Jim Thirlwell (Scraping Foetus Off The Wheel) would come in… He’s amazing. One of the things I enjoyed most about the Meltdown show was getting to work with Jim again.