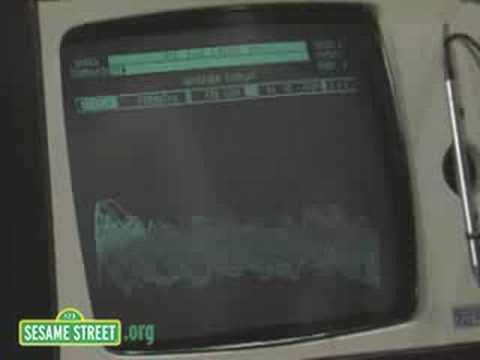 Check out this 1983 episode of Sesame Street starring Herbie Hancock demonstrating the Fairlight CMI synthesizer to a group of kids, including a very young Tatyana Ali (who grew up to play Ashley Banks on The Fresh Prince of Bel-Air). The Fairlight CMI (Computer Music Instrument) was a synthesizer and sampler with 28 megabytes or more of memory, used by a roster of classic electronic artists like Jean-Michel Jarre, Jan Hammer, Art of Noise, and Depeche Mode, to name only a few. And, of course, by Herbie Hancock, one of the first jazz pianists to embrace electronic keyboards.

The Fairlight CMI was designed in 1979 by the founders of Fairlight, Peter Vogel and Kim Ryrie, and based on a dual-6800 microprocessor computer designed by Tony Furse in Sydney, Australia. It rose to prominence in the early 1980s and competed in the market with the Synclavier from New England Digital.

In casting about for a name, Ryrie and Vogel settled upon Fairlight, the name of a hydrofoil (named in turn after a suburb of Sydney) that sped each day past Ryrie’s grandmother’s large house in Point Piper, underneath which Ryrie had a workroom.

By 1979, the Fairlight CMI Series I was being demonstrated in Australia, the UK and the US. In the US, demonstrations were covered by Bruce Springsteen’s concert sound engineer Bruce Jackson, who was once Ryrie’s neighbour in Point Piper.