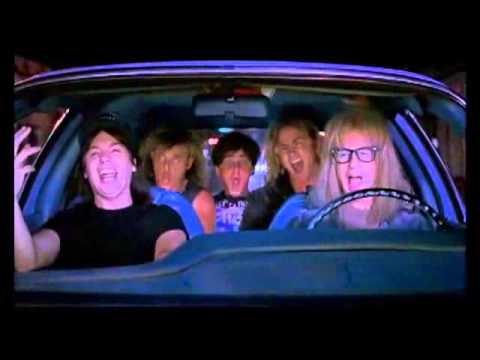 In 2014, Mike Myers told Marc Maron on his WTF podcast that using “Bohemian Rhapsody” was one of the things he fought for hardest on Wayne’s World. “They wanted Guns N’ Roses. Guns N’ Roses were very, very popular, they were a fantastic band,” Myers said. “Queen, at that point—not by me and not by hardcore fans—but the public had sort of forgotten about them. Freddie [Mercury] had gotten sick, the last time we had seen them was on Live Aid and then there were a few albums after where they were sort of straying away from their arena rock roots. But I always loved ‘Bohemian Rhapsody.’ I thought it was a masterpiece. So I fought really, really hard for it. And at one point I said, ‘Well, I’m out. I don’t want to make this movie if it’s not ‘Bohemian Rhapsody.’”