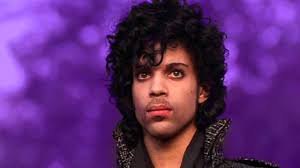 Prince puts out in a decade what most musicians couldn’t put out in a lifetime. Prince may not want to talk about the vault, but there’s a whole bunch of Purple people who do.

Susan Rogers, Prince’s former sound engineer, tells me the vault predates the superstar status Prince attained with the movie Purple Rain in 1984. “I started the vault!” she says. “I joined Prince in 1983 when he was preparing to do Purple Rain. I realised it would be smart for me to get his tapes together in one place. I was aware there were a lot of pieces missing. It became an obsession. I wanted us to have everything he’d ever recorded. I called up the studios he’d been using and said: ‘Have you got any Prince tapes’? This is his legacy. We need to protect these things. It’s an actual bank vault, with a thick door. It’s in the basement of Paisley Park. When I left in 87, it was nearly full. Row after row of everything we’d done. I can’t imagine what they’ve done since then.”

The pattern of consigning songs – and sometimes entire albums – to the vault swiftly became a staple of Prince’s working method. Brent Fischer is a composer who has helped add orchestration to Prince’s work for 30 years, beginning with 1985’s Parade album; his studio heaves with reams and reams of sheet music for his work with Prince. I recognise some of the titles, but others look like songs that must be sitting in the vault – The Streets of Panama and The Fat Lady Sings. “I think over 70% of the music we’ve worked on for Prince is yet to come out,” Fischer says. “There are a lot of songs that were sent to us clearly with the idea that they would never be released. They were almost comical songs that he would work out with his horn players. There was lot of wild horn parts and experimentation with samples. I’d like to see All My Dreams come out. We enjoyed that song so much. I think it’s nine-and-a-half minutes. It’s this epic journey.”