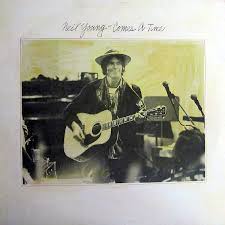 Neil Young has admitted he once bought thousands of copies of his own album and used them as shingles on the roof of his house.

Young, who recently launched his high quality digital Pono music player and service at South By South West in Austin, Texas revealed that a “mastering error” on the 1978 album Comes A Time left him dissatisfied with the release and forced him to take the existing copies off the market.

Asked if the story was true by Rolling Stone, Young replied: “The tape got damaged when it went through the airport or something. I had to go back and use a copy of the master — it was a copy, but it had better-sounding playback than the other one. No, no, I made a barn roof out of them. I used them as shingles.”