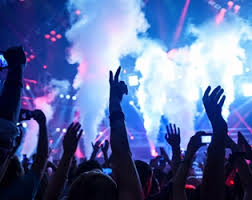 For most of us, Memorial Day unofficially marks the start of summer. For music fans, summer starts when music festival season gets under way. And with SXSW happening last month and Coachella launching this month, the 2015 season is well underway. But there’s much more to come, with Lollapalooza, iHeartRadio Music Festival, Warped Tour, CMA Music Festival, Ozzfest, Summerfest, Austin City Limits and Burning Man among this year’s staples. So with such an impressive lineup of festivals each year, who goes to these grand events, and how do they factor into fans’ overall music consumption diets?

According to Nielsen Entertainment’s Audience Insights Report on Music Festivals, approximately 32 million people attend at least one music festival in the U.S. each year, and nearly half (46%) are aged 18-34, highlighting a huge opportunity for marketers to reach the coveted Millennial demographic. The festival audience is evenly split among men (49%) and women (51%), and festivals are more popular among Hispanics and African-Americans than they are with the general population.

So how dedicated are festival fans? Very. In fact, most are willing to travel great lengths to attend their favorite shows. On average, they travel 903 miles to attend a festival, and sometimes attending just one isn’t enough. A third of festival fans attend more than one festival in a year. They also spend more on music than general population-an average of $207 on live events, digital music and streaming.

True to their digital nature, Millennial festival fans rely on tech and social sources to engage with music. They’re almost twice as likely to use Facebook to access music than the U.S. average. Additionally, music festival fans are 98% more likely to discover new music on Spotify than the average consumer. And when they discover music on streaming services, they tend to purchase more digital music than the typical U.S. consumer.

Music festival fans also use social media more than the average American. In general, they’re more likely to use it three or more times a day, and they’re especially active across social networks while attending live events. Compared with the general U.S. population, they also show greater levels of engagement with social media channels like Snap Chat (67% more likely to use), Vine (69% more likely) and Tumblr (81% more likely).