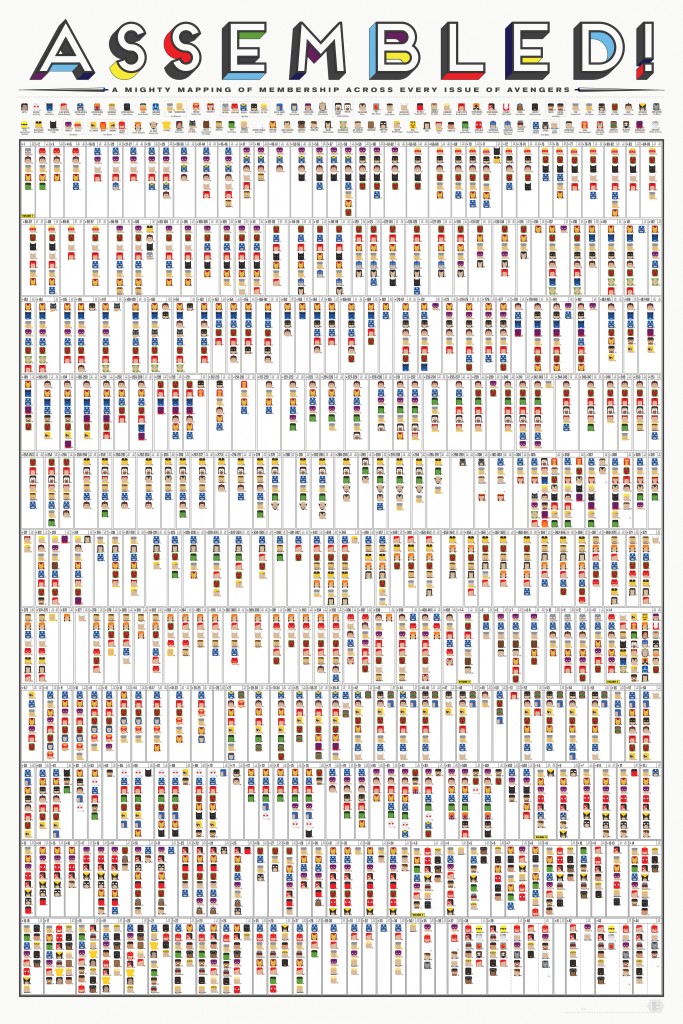 Avengers, infographically assemble! Pop Chart Lab have brought together a nigh-infinite gauntlet of Earth’s greatest heroes in this mighty mapping of which Avengers appear in EVERY individual issue of the eponymous comic book series.

From #1 in September 1963 all the way through the “final” chapter in April 2015—that’s 583 issues in all—this chart of champions visually tracks (via 82 hand-drawn, heroic head icons) the full membership of every iteration of the esteemed super-squad. Featuring everyone from A-list legends like Captain America and Iron Man to forgotten footnotes like Gilgamesh and Dr. Druid, this titanic undertaking is a testament to the enduring power of Marvel’s premiere team. Excelsior!

(Addendum for die-hard fans: Please note that this roll call is restricted to official, full-time members of the main team only. This means: no reserves, no substitutes, no backups, no probationary trainees, no hangers-on, no Dark-, no Secret-, no Young-, no Pet-, no West Coast, and DEFINITELY no Great Lakes—sorry, Dinah-Soar!)

Each print is signed and numbered by the artists, and just might be the greatest poster ever.