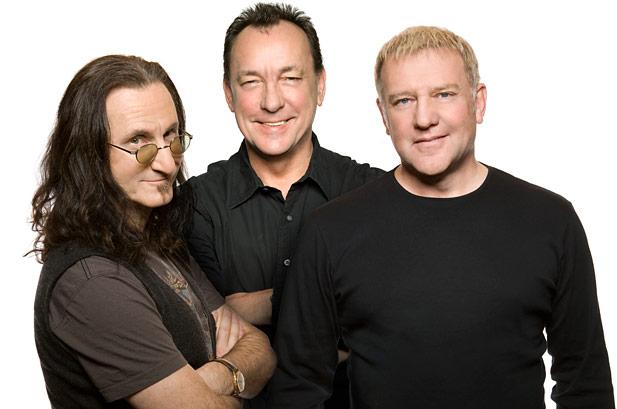 Nobody is really sure if Rush’s next tour would be the last time the group would ever go out on the road, but certainly it’ll be the final time the band will do a tour this size. Guitarist Alex Lifeson has revealed to Global News that drummer Neil Peart has serious tendonitis and perhaps a new studio album is in their future.

“I have mixed feelings about it. In one way I feel relief – I think 40 years is a long time to be touring the way we tour.

“I still love playing. But in Neil’s case, for example, his job is really tough. Playing the way he does is very, very difficult on his body. He has chronic tendonitis in his arms and he’s had problems with his shoulders.

“It’s getting to the point, no matter how much we love doing it, that it’s much more demanding and much more difficult.

We’re not finished as a band. We still talk about recording.

Who knows, there may be an opportunity in the future to do not a big tour, but a series of concerts … like a week in Massey Hall or Radio City Music Hall.

Ged and I are just itching to get back into writing. He just revamped his studio, and he’s not a tech kind of studio guy. He doesn’t know how probably even one per cent of that stuff works.

But he’s had this renaissance of being a musician and wanting to play and study more — it’s really inspiring to see. When things slow down we’ll start to do some writing, for whatever purpose. We’ve always talked about doing some soundtrack work.”