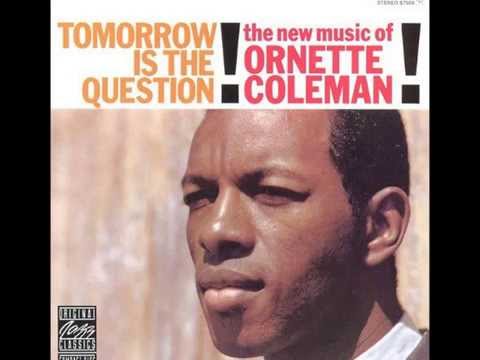 The appearance of Ornette Coleman, who has died aged 85, at the Barbican in London in 2001, with a supporting cast of rappers, dancers, video artists, sufi vocalists, opera singers and Chinese traditional musicians, spectacularly symbolised this self-taught musician’s lifelong conviction that all good music is one. Back in London eight years later as the curator of the Meltdown festival, the dynamic Coleman did it again (this time with the singer-poet Patti Smith, the Senegalese griot Baaba Maal, guitarist Bill Frisell and a Moroccan drum choir), and found himself mobbed by fans crowding down the aisles of the Royal Festival Hall to shake his hand, long after the concert’s last chord had faded. It was a spontaneous display of gratitude for a gently indomitable vision that had radically changed the music of the previous half-century not just by revolutionising the intonation, phrasing and shared languages of jazz bands and soloists, but also by offering new ways for contemporary musicians in all genres to communicate with each other.

These triumphant performances were a long way from the world he knew in the early 1960s, when Coleman is reputed to have sat for long stretches in his New York apartment by a silent telephone. His radical ideas had stirred furious controversy and made him a risky proposition for promoters – some critics and musicians, offended by his pitch-bending tone and cavalier attitude to harmony, went as far as to call him a charlatan. Coleman was incensed by the racial and cultural inequalities that sidelined African Americans from classical music at the time, and often made black jazz artists the economic victims of a white-run music industry. He took to demanding that either he was paid the same fees as a classical concert artist or he would not show up. Time proved Coleman right, and from the 1980s onwards his music began to be performed in the world’s great concert halls. Lou Reed said of him: “When you talk about someone speaking through their instrument, that’s Ornette. He changed everything.”