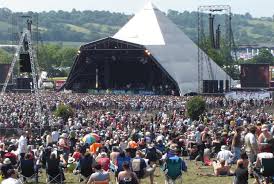 Highlights of Glastonbury, the musical extravaganza included Kanye West, Florence + the Machine and The Who, while Lionel Richie headlined the Pyramid Stage last night to a crowd of over 100,000 revellers.

A litter picking crew of around 800 people have begun to clear the huge site of rubbish, and have already picked up an assortment of stray wellies, abandoned tents and discarded nitrous oxide canisters and balloons which had been used to inhale ‘hippy crack’, also known as laughing gas.

It is thought that the festival organisers will spend around £780,000 collecting the rubbish from across the site, while volunteers will sift through around nine tonnes of glass, 54 tonnes of cans and plastic bottles, 41 tonnes of cardboard and 66 tonnes of scrap metal.

Nearly 200 tonnes of composted organic waste was removed from the site throughout the five day festival. The fields of Worthy Farm will then be returned to grazing dairy cows.

Via The Daily Mail