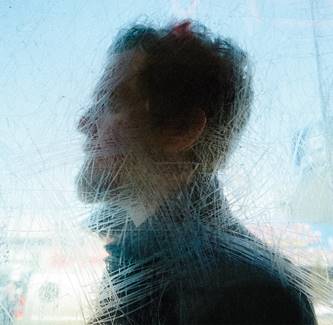 Didn’t He Ramble, the second solo outing from acclaimed singer songwriter Glen Hansard, will be released September 18 via Anti- Records. The new album is his first in over three years and follows 2012’s solo debut Rhythm & Repose, which Billboard hailed as “Hansard at his most engaging,” while The Wall Street Journal furthered, “Hansard’s distinguishing trait as a songwriter is a heavy-handed earnestness.”

As a special preview, the video for the album’s single “Winning Streak” is premiering now as an NPR Music First Watch here.

Of the video, director Braden King explains, “Glen and I talked a lot about the way in which every life is a fight, a struggle. No matter who you are. No matter what you do. They’re all different and they all never end. For me, the song is about that struggle we all face in our own ways and about who has your back along the way. There is no end to it. We may get momentary rests along the way but they are fleeting. We all have to get up again and get back into the ring. And you know, sometimes, those who are the hardest on us are the ones who get us through. The way this turned out, the song kind of became the spirit of this place, the blood running through all these boxers veins. And I love the way in which Glen haunts and inspires it all.”

Didn’t He Ramble was produced by Thomas Bartlett (The National, Sufjan Stevens), a frequent collaborator of Hansard’s, and Grammy winner and former Frames band-mate David Odlum (Paloma Faith, Tinariwen). The album, which was recorded in New York, Dublin, Chicago and France, is Hansard’s most intimate and elegant record since his work in Once and features guest appearances by John Sheahan (Dubliners), Sam Beam (Iron and Wine) and Sam Amidon.

While the journey to finishing the record was a long one, the reward of finally arriving at the end line was well worth it. Hansard explains, “I feel I’ve really dug deep for these songs, and I’ve been chasing specific ideas asking myself ‘what is it I’m trying to say with this line or idea?’ One would hope that through all of this that you find your voice. And, amazingly, you might find it in the smallest gesture of a song.”

Glen Hansard is the celebrated principal songwriter and vocalist/guitarist for the influential Irish group The Frames. Whether busking the streets of Dublin, where he got his start, or headlining a gig, Hansard has garnered a reputation as an unparalleled frontman.

Hansard is also one half of the acclaimed duo The Swell Season. In 2007, he and Czech songstress Markéta Irglová took home the Academy Award for Best Original Song for “Falling Slowly” off the Once soundtrack. In 2013, the Broadway adaptation, Once, The Musical, won eight Tony Awards including the top musical prize itself.

As a solo artist he has sold-out shows worldwide and performed on “Late Night with Jimmy Fallon,” “The Tonight Show with Jay Leno,” “Late Show with David Letterman,” “Tavis Smiley,” and has been featured on the Emmy Award-winning program “CBS Sunday Morning.”