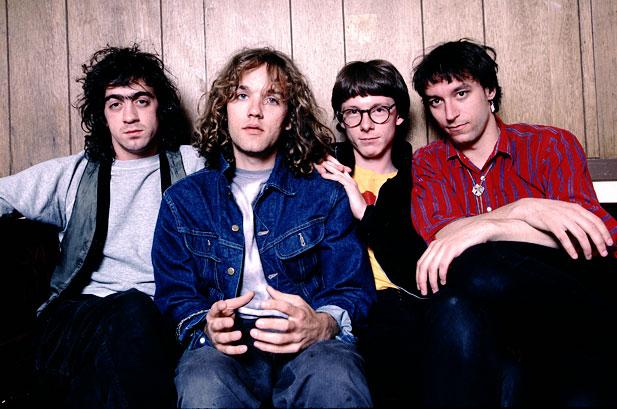 “Radio Free Europe” was released as R.E.M.’s debut single on the short-lived independent record label Hib-Tone in 1981. In 2010, it was added to the Library of Congress’s National Recording Registry for setting “the pattern for later indie rock releases by breaking through on college radio in the face of mainstream radio’s general indifference.”

“Superman” is a 1969 song by the Texas band The Clique, made more famous in 1986 when recorded by R.E.M. Lead singer Michael Stipe was not as enthusiastic about recording the song as the other band members were, and as a result bassist Mike Mills debuted on lead vocals with Stipe providing background.

Driver 8 was the second single from R.E.M.’s third album, Fables of the Reconstruction. Released in September 1985, the song peaked at #22 on the U.S. Billboard Mainstream Rock Tracks chart. The song refers to the Southern Crescent, a passenger train operated by the Southern Railroad until 1979, and continues today (with fewer stops) as the Amtrak Crescent.

“These Days” is from From Lifes Rich Pagent, which the album title is based on an English idiom, but R.E.M.’s use is, according to guitarist Peter Buck, from the 1964 film A Shot in the Dark, minus the apostrophe.
Now I’m not feeding off you
I will rearrange your scales if I can, and I can
Marching to the ocean, marching to the sea, I had a hat
I dropped it down and it sunk, reached down
Picked it up, slapped it on my head

..and from Accelerate, here’s “Living Well Is The Best Revenge”