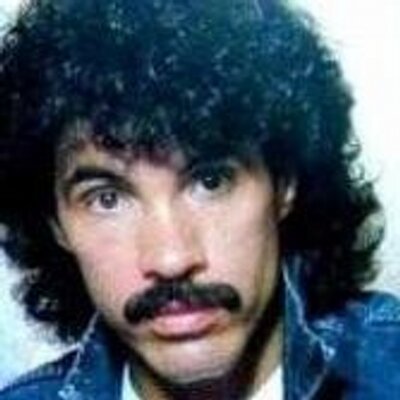 What do you remember about writing it?

John Oates: I remember everything about writing it! I had met this girl at three in the morning in a soul food restaurant in the Village called the Pink Teacup. It was one of the few places in the Village in the early ’70s that actually stayed open all night, believe it or not. I was in there, God knows why, at three in the morning, and in comes this gal, she had a pink tutu and cowboy boots on and it was December and I thought that was pretty cool. So we started dating, we kind of hooked up. It was the ’70s, so things happened kinda fast. We saw each other a few times, and then I asked her if she wanted to hang out on New Year’s Eve, and she said yes. She was supposed to come to my apartment and meet me and she never showed up. As it was getting toward midnight, I finally realized that she wasn’t coming and I just sat down with my guitar and started writing this almost, like, folk song. All it said was “She’s gone, oh oh oh, she’s gone” and “What went wrong?” It was really very simple.

The next day Daryl came back to the apartment and we sat down, and I said, “Hey man, you know I got stood up last night, but I wrote this chorus, this hook that’s kind of cool.” And I played it for him, and he sat down at the piano and he immediately started getting into it and he played the piano part that you hear in the beginning of the song. We began to write the verse together. I bet it didn’t take more than an hour to write the whole song. We just used very mundane, everyday images to kind of symbolize loneliness and loss, even in the opening line, “Everybody’s high on consolation / everybody’s trying to tell me what’s right for me,” “I’m worn as a toothbrush hanging in the stand,” these very simple, lonely images, they’re very kind of everyday things that people can relate to but somehow speak on more universal terms. I think that’s really why the song has connected over the years, because everyone can relate to the idea of loss. We just captured this spirit in some way that has just stood the test of time.