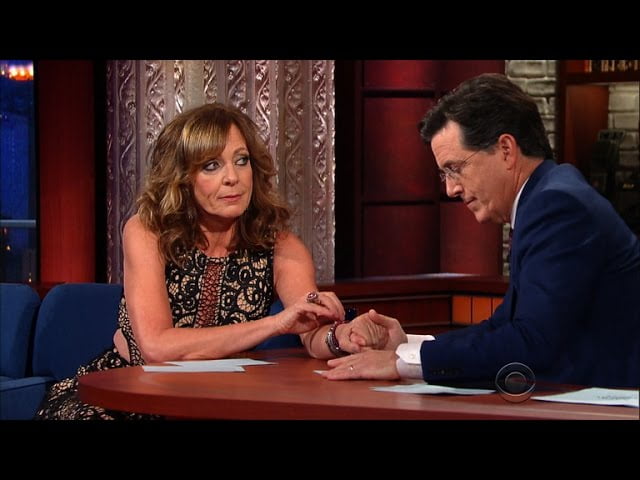 On a recent episode of Late Show With Stephen Colbert, Emmy Award-winning actress Allison Janney told Colbert that she employs dramatic readings of 1970s-era pop hits as an acting exercise. Since there could be no better asking for proof, she wows the crowd with Foreigner’s Hot Blooded.

I kinda hope Janney actually does this, THAT’S a very cool idea.