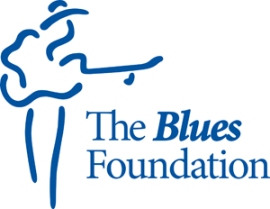 On May 4, 2016 five legendary blues performers, two individuals who were instrumental in the creation of blues music, five single blues recordings, one blues album and an important piece of blues literature will be inducted into the Blues Hall of Fame.

Elvin Bishop, Eddy Clearwater, Jimmy Johnson, John Mayall, and The Memphis Jug Band will each take their places beside performers who have been deemed by a group of blues scholars and industry veterans to be the Best in the Blues. Each of these musicians has carved his place in blues history. Bishop’s beginnings with the Paul Butterfield Blues Band to his more recent recognition for the 2015 Blues Music Awards “Song of the Year” have elevated him to the highest stature in blues music. Clearwater, Johnson, and Mayall each boast careers that have spanned more than a half century, and their talent has not waned as they each continue to produce music and to perform for devoted audiences, yet each are distinguishable by their stage presence and musical talent. The Memphis Jug Band’s music crossed the racial divides of the first half of the twentieth century and inspired many musicians to follow in their footsteps.

The Blues Foundation is Memphis-based, but world-renowned as THE organization whose mission is to preserve blues heritage, celebrate blues recording and performance, expand worldwide awareness of the blues, and ensure the future of this uniquely American art form. Founded in 1980, The Blues Foundation has approximately 4000 individual members and 200 affiliated local blues societies representing another 50,000 fans and professionals around the world. Its signature honors and events–the Blues Music Awards, Blues Hall of Fame, International Blues Challenge and Keeping the Blues Alive Awards–make it the international center of blues music. Its HART Fund provides the blues community with medical assistance. Blues in the Schools programs and Generation Blues scholarships expose new generations to blues music. The recent opening of the Blues Hall of Fame Museum, in Memphis, TN, now adds the opportunity for music lovers of all ages to interact with the music and the history.

Non-performer individuals to be recognized by The Blues Foundation for their behind-the-scenes contributions are Malaco Records partners Tommy Couch, Sr. and Wolf Stephenson, whose label’s first big hit was Dorothy Moore’s “Misty Blue” in 1976, and who then went on to produce such blues greats as Bobby Bland, Little Milton, Z.Z. Hill, Denise LaSalle, Latimore, Johnnie Taylor, and Tyrone Davis. The business foundation they built has allowed Malaco to remain an active player in the music world today.

The book Early Downhome Blues: A Musical and Cultural Analysis, by Jeff Todd Titon is the literature entry into the Blues Hall of Fame this year, and is one of the most important analytical studies of the blues to have been published.

The classic album Blues in the Mississippi Night (Nixa, 1957: United Artists, 1959) is being honored as are the singles, “Crazy Blues” by Mamie Smith (OKeh, 1920), “That’s All Right” by Jimmy Rogers (Chess, 1950), Billy Boy Arnold’s “I Wish You Would” (Vee-Jay, 1955), Johnny Moore’s Three Blazers’ (Charles Brown, vocal and piano) “Merry Christmas Baby” (Exclusive, 1947), the first Yuletide song inducted into the Blues Hall of Fame, and “Blues Before Sunrise” by Leroy Carr and Scrapper Blackwell (Vocalion, 1934).

The induction ceremony will be held Wednesday, May 4, at the Sheraton Memphis Downtown in Memphis, Tennessee, the night before the 37th Blues Music Awards. With living musicians like Buddy Guy and Eric Clapton, and legends like Muddy Waters and Koko Taylor, the Blues Hall of Fame consists of blues music’s best and brightest stars. The Blues Hall of Fame induction ceremony will coincide with the one year anniversary of the opening of the Blues Hall of Fame Museum, also located in Memphis, TN at the home of the Blues Foundation. This state of the art facility celebrates the lives and the music of each Hall of Fame individual as well as the history of the music and the literature produced through the blues timeline. These newest inductees will be added to the museum’s permanent exhibits and interactive displays in conjunction with their induction this May.

On May 5, the night after the Blues Hall of Fame inductions, The Blues Foundation will present the Blues Music Awards for the 37th time. Performers, industry representatives, and fans from around the world will celebrate the best in blues recording, songwriting, and performance from the previous year at the Memphis Cook Convention Center in downtown Memphis. For tickets and more information, visit This link.

Major funding is provided by ArtsMemphis and the Tennessee Arts Commission. The 37th Blues Music Awards and The Blues Foundation are also supported by BMI, the First Tennessee Foundation, the Hyde Family Foundation, the Legendary Rhythm & Blues Cruise, Memphis Convention and Visitors Bureau, and the Sierra Nevada Brewing Company.