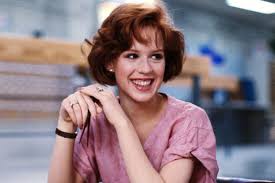 For movie fans who came of age in the 1980s, Molly Ringwald is the definitive “it” girl. As the creative inspiration for director John Hughes, Ringwald was the de facto center of generationally-significant films like ‘The Breakfast Club,’ ‘Sixteen Candles,’ and ‘Pretty in Pink’ (written by Hughes and directed by Howard Deutch). Her red hair and sardonic wit became cultural icons all their own, and made Ringwald one of the greatest teen stars in film history. But she tells host Alec Baldwin that these films, as important as they are to a whole generation of movie fans, are passing moments in her growth as an artist and an actor: she’s written two books, acted in numerous films and television shows, and released a jazz record, ‘Except Sometimes,’ in 2013.