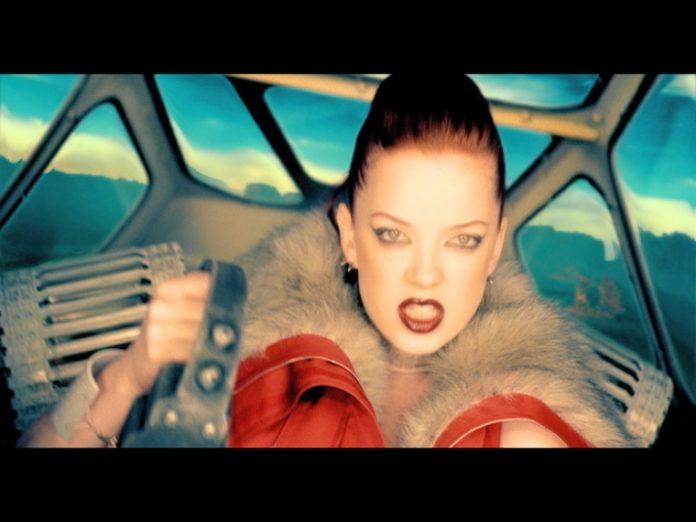 In thinking about that freedom and the mindset of creative liberation, it’s hard not to look back to the debut album and that time period in the context of those perceptions of female artists and how they were marketed to listeners and how or if those perceptions have changed even minutely in twenty years. Having witnessed that firsthand yourself, do you see any progression in the context of how we view and value female artists, or are we simply using different terms for the same stereotypes?
I think my generation when we came out in the 90s, as a result of our mothers’ endeavors, we were all of the mindset that we had to push, and I’m talking specifically of female artists of my peer group. I think all of us grew up understanding that we had to push. That is was possible for us to get ahead in the world, but we need to push, and we did. As a result, we managed to break through a certain glass ceiling that had existed up to that point, and all of a sudden you were hearing voices from women who were not playing the traditional female role in the music industry. That was incredibly exciting, because we had grown up with mothers who hadn’t enjoyed the same amount of freedom that we had, and we were all very aware of how unbalanced the world was. Then I think our generation started to breed, and young women grew up looking at these incredibly empowered women, and they took for granted their rights and their freedoms. Particularly in America and Europe, I think women enjoyed a certain period of freedoms that they’d never enjoyed up to that point, but then this new generation started refusing to identify with feminism and refusing to identify with the problems that still existed in our culture. They were either uneducated or chose not to look at the fact that women were getting paid less than men to do the same kind of jobs, and they were expected to look a certain way, act a certain way, and so on and so forth. I think that’s why we’re seeing right now what seems like a reversion back to the 1950s in terms of how women are presenting themselves in the public forum. I think they’ve misunderstood and mistaken what rights are, and what they actually mean, and how quickly they can be taken from you. I think they took it all for granted, and now they’re all flipping out. Now all of a sudden there’s a reversion where it’s cool to be a feminist, and every pop star on the planet is falling over themselves to align themselves with feminism, which is wonderful. I don’t care how we get there as long as we get there, but it’s kind of amusing. [Laughs.]

One thing that always comes to my mind with that is the fact that music’s history has always shown that some of its most significant paradigm shifts have been born out of challenges, whether it be something like the homogenization we’re seeing now or the resistance against generational obligation in the 1960s. Being a significant part of what happened in the mid-90s when the music scene was sort of undergoing another identity crisis, do you see a similar setting now for that same kind of revival in creativity?
[Laughs.] Well, I do hope so. I keep saying that to everybody, whispering in really dramatic terms, “The stage is set. It’s a perfect time for a band who’s got the right message to come in and clean up,” because bands have become almost obsolete, and yet there’s something so incredible when you have a bunch of people coming together and doing something collectively. It’s powerful. It’s romantic. It’s like a little microcosm of the perfect society in a certain way where everyone compromises and tries to sit together, and that’s incredible. We see so few bands now because they’re not economically viable for the record labels, but regardless they still come, they still form, and they still do exciting things. Sooner or later I think there’s gonna be a band that comes in soon to really shake things up, because things have gotten so homogenized and so bland and so unchallenging in a way. Everybody wants to fit in, and nobody wants to fluster anyone or ruffle anyone’s feathers, and it seems like now’s the time. Now’s the time, kids! Go for it! [Laughs.] Whatever comes now would have to frighten people like us, like you and me. It would have to be something that scared us and challenged us, and I can’t even begin to conceptualize what that would be, but in order to really connect with the youth, it’s gonna have to be something that you and I don’t particularly want to look at our listen to, and I don’t know exactly what shape that will be in. It’s gonna be something we’ve never seen before. It’s gonna be something multicultural and political. It’s exciting.