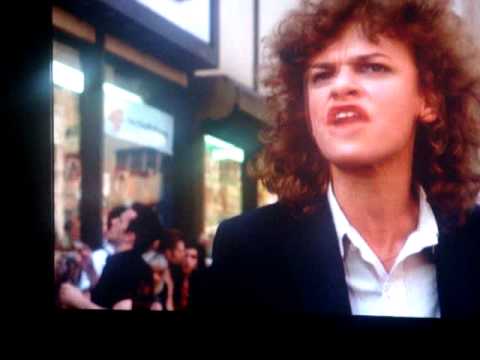 In a blink-and-you’ll-miss-it scene, The Clash’s Mick Jones, Joe Strummer, Paul Simonon and some of their friends including part-time manager Kosmo Vinyl, singers Ellen Foley (“Paradise by the Dashboard Light”, Night Court) and Pearl Harbour (who would eventually marry Simonon) and filmmaker Don Letts are credited in The King of Comedy as “Street Scum.” The 1982 American satirical black comedy-drama film was directed by Martin Scorsese and starred Robert De Niro, Jerry Lewis and Sandra Bernhard.