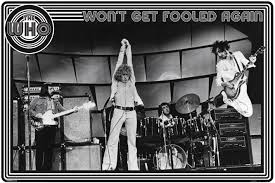 You said in the past that Pete has hundreds of songs that could be recorded. Would you ever make another Who record?
Roger Daltry: We’ve talked about it, but it’s not going to be easy. There’s no record industry anymore. Why would I make a record? I would have to pay to make a record. There’s no royalties so I can’t see that ever happening. There’s no record business. How do you get the money to make the records? I don’t know. I’m certainly not going to pay money to give my music away free. I can’t afford to do that. I’ve got other things I could waste the money on.

Well, the music industry is constantly changing.
Well, it’s been stolen. The way the Internet has come about has been the biggest robbery in history, like musicians should work for nothing.

Artists get paid for streaming, but not like they did for albums.
You’re joking. You get paid for streaming, my ass. There’s no control. Musicians are getting robbed every day. And now it’s creeping into film and television, everything now. You notice, the Internet is a slowly but surely destructive thing in all ways. I don’t think it’s improved people’s lives. It’s just made them do more work and feel like they’re wanted a bit more, but it’s all bollocks. They feel like they’re wanted because they got 50,000 Facebook likes or whatever, and it’s all bollocks. It’s all rubbish [laughs]. Look up for a while. Live in the real world.