This is part 65 of an ongoing series where the kind folk of the music business reveal their favourite album of all time. 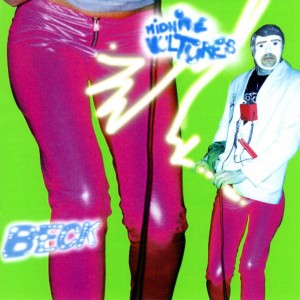 Steve Guggenheimer, B97, New Orleans, LA
Beck, Midnite Vultures
It’s the most sincere tongue-in-cheek genre tribute ever put to record. With “Midnite Vultures” Beck shows his obvious affection for the funky slow jams of the past generation while retaining the often-bizarre charm that he’s most well-known for. “Hollywood Freaks” shows Beck at his psychedelic souliest as he chirps out lyrics like “Automatic bazooty, Zero to Tutti Frutti” like those lines actually mean something. “Peaches And Cream” is a sexy slow jam from another dimension, revolving around its refrain of “OOOOOOOOH OOOOOH OOOOH Peaches and Cream, you make a garbage man scream,” and if “Get Real Paid” isn’t about robots having sex, it absolutely should be. Then of course there’s “Debra,” the album’s coda, which reads as the falsetto audio-diary of the world’s least suave Casanova. “I wanna get with you, only you…,” he wails before awkwardly amending the sentiment, “… and your sister, I think her name was Debra.” Beck has always been difficult to gentrify as an artist, but “Midnite Vultures” shows him at his soul-crooning, genre deconstructing, humorously self-deprecating best. 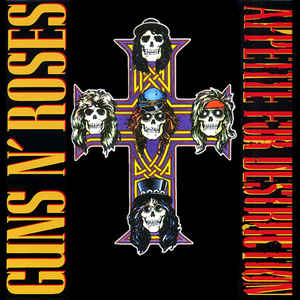 Seth Werkheiser, Skulltoaster.com
Guns N’ Roses, Appetite for Destruction
I was about 11, and appreciated all sorts of music on MTV in the mid 80s. I started to really love hair-metal, but then Guns N’ Roses came into my world with ‘Appetite for Destruction’ and rattled my bones. A band like Poison, with CC Deville and his bright guitars and big smile – I really liked that stuff, but then I saw ‘Paradise City,’ with Slash and Duff “Rose” McKagan walking the streets of NYC, visiting Manny’s Music Store (RIP), and they weren’t smiling, and I loved that! And though I wasn’t allowed to stay up to watch it, their live performance at The Ritz on MTV in 1988 blew me away, too (mom taped it for me). Again, their live performance was menacing, and that attitude made listening to ‘Appetite for Destruction’ that much more vital to me growing up. Having just turned 40 in May this album is still a part of my regular rotation. 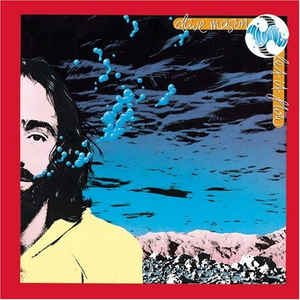 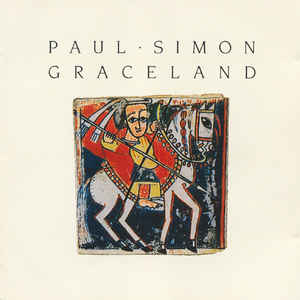 Rebecca Trachsel, Running With Music blog
Paul Simon, Graceland
When this album was released back in 1986 (I was 11), I would listen to it over and over and over again. Paul Simon’s honey-infused voice was and still remains one of the most unique in the industry. “You Can Call Me Al” was a classic gem, loved by all, especially when paired with the video of Simon and Chevy Chase, who was in his prime at the time. But, the rest of the album was mesmerizing and a big part of that was due to the music and voices of the South African singers that accompanied Simon on most of the songs. It was fresh, different, weird and beautiful. It’s one of the few albums that I can still listen to from start to finish repeatedly without skipping a song.

Alain Lefebvre, Directeur de la programmation/Programs Director, CFOU 89,1 FM
The Beatles, The White Album
It simply is the most eclectic and rich album in history. I’ve been into it since my childhood and I still listen to it regularly.