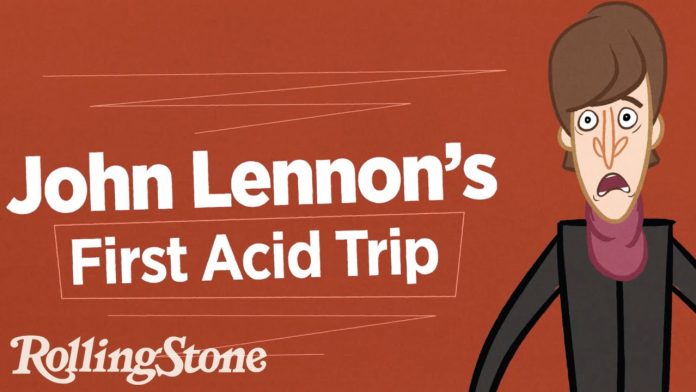 God, it was just terrifying, but it was fantastic. George’s house seemed to be just like a big submarine… It seemed to float above his wall, which was 18 foot, and I was driving it. I did some drawings at the time, of four faces saying, ‘We all agree with you.’ I was pretty stoned for a month or two.