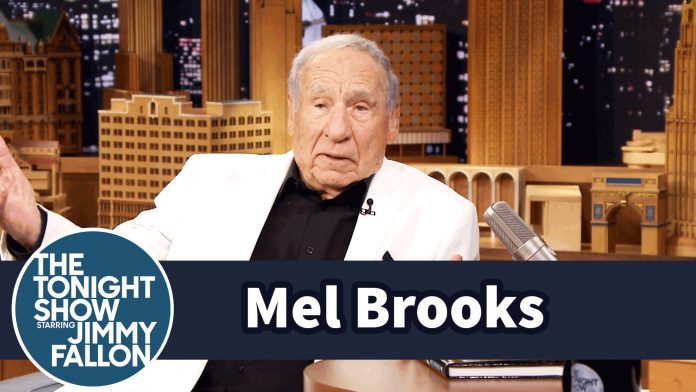 Mel Brooks chats with Jimmy about working with his good friend Gene Wilder over the years, including the origin of Young Frankenstein.

We became very good friends and I told him about Leo Bloom and the thing I was writing called ‘The Producers’. And I said, “look, I’m promising you…when we get the money, you are going to be Leo Bloom”. He said “Oh yeah, when you get the money. You’re doing a play about two Jews who are producing a flop instead of a hit, knowing they can make more money with a flop and the big number in it is ‘Springtime for Hitler‘? Yeah, you’re going to get the money. …We got the money, I went backstage …and he was taking off his makeup, he was in his dressing room. I took the script and I said “Gene, we got the money. We’re gonna make the movie. You are Leo Bloom.” and I threw it on his makeup table and he burst into tears.