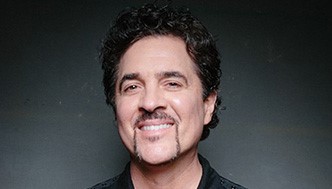 Bell Media announced today a major partnership with world-renowned record executive Scott Borchetta who is the founder, president, and CEO of the Big Machine Label Group (BMLG) headquartered in Nashville, TN. BMLG is the #1 independent record label in the world based on sales and radio airplay, enlisting such international multi-platinum superstars as Taylor Swift, Florida Georgia Line, Steven Tyler, Tim McGraw, Reba, and Thomas Rhett across its roster of talent. The multifaceted entertainment initiative between Bell Media and BMLG will discover and cultivate musical talent through new television, radio, recording, and live concert projects.

Bell Media and BMLG will work together to uncover, develop, and promote pop culture’s next musical superstars. The centerpiece of the alliance is a unique television format that will leverage Bell Media’s massive reach and extensive platforms to showcase musicians on the national and international stage. Bell Media and BMLG plan to advance the format beyond Canada to ultimately become a conduit for discovering new musical voices worldwide.

“Bell Media has a track record of success in live music production, extensive platforms, and leading promotion of homegrown talent in many areas,” said Borchetta. “Together, our strengths make us strong partners to lift this global project off the ground.”

“Bell Media builds upon its commitment to artist development with this new initiative, and with whom better to align than the best in the business, Scott Borchetta,” said Randy Lennox, President, Broadcasting and Content, Bell Media.

Borchetta and BMLG have an extensive background in working with entertainers from television platforms. Borchetta guided contestants on the final two seasons of FOX’s wildly successful AMERICAN IDOL and Big Machine Records is the musical home to CMT’s new hit series, NASHVILLE.

With Borchetta at the helm, BMLG has celebrated monumental milestones since the company’s inception 11 years ago. He has led the charge on more than 50 million albums sold by the company’s artists under his watch – including 165 #1 Country and Pop radio singles. These talents have won multiple Grammy Awards, American Music Awards, Country Music Association Awards, Academy of Country Music Awards, and more.
Borchetta has been honored for his groundbreaking business savvy with inclusion on Billboard’s Power 100 list and Fast Company’s prestigious “100 Most Creative People in Business.” In 2015, the Music Biz Association presented Borchetta with the Presidential Award for Outstanding Executive Achievement, joining the ranks of past honorees who have been recognized for their outstanding vision, leadership, and commitment including Dick Clark, Doug Morris, and Clive Davis.

Forging an unprecedented deal for American record companies in 2012, Borchetta made history by working with industry icon Bob Pittman and iHeartMedia, the largest owner of U.S. radio stations, to create and institute the first-ever U.S. Terrestrial Performance Rights agreement. The deal secured sound-recording performance royalty payments to BMLG and its artists from terrestrial radio airplay. There are now five major broadcast companies on this ground-breaking platform as well as records companies such as Warner Music Group and several other important and forward-thinking independent labels.

Borchetta recently announced the creation and development of BigMachineTV.com – a new online digital video platform launching in February 2017 – that will offer music videos as well as exclusive interviews, announcements, contests, and behind the scenes content with BMLG artists.