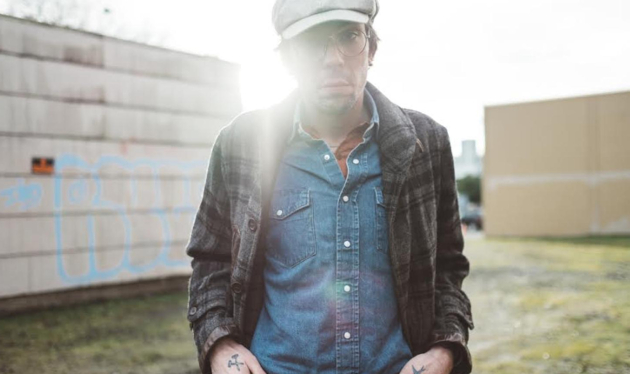 The 12-song set was produced by Mike Mogis (Bright Eyes, First Aid Kit) at his ARC Studios, and is the first time in his career that Earle has worked with an outside producer. Kids In The Street marks a decade into Earle’s recording career and follows “Single Mothers (2014) and “Absent Fathers” (2015).

“Life has changed a lot for me in the last few years,” said Earle, 35. “I got married and am getting ready to become a father, and this is the first record that I’ve written since I’ve been married. There’s definitely an uplifting aspect to this record in a lot of ways, because I’m feeling pretty positive.”

“When I wrote songs in the past, I was looking in on what I was feeling, but this record’s more about looking outward on what’s happening, and writing about subjects like gentrification and inner city strife. This record also has more of a soul influence to it, and it’s got a deeper connection to the blues than anything I’ve done before.”

The album is now available for pre-order via PledgeMusic including a limited edition colored vinyl version of the LP, special 7″ single including “May be A Moment” as well as Earle’s reading of Paul Simon’s “Graceland,” and cassette.

Several of the songs on Kids On The Street reference the lower-middle-class Nashville neighborhoods of Earle’s youth. Earle was the son of Steve Earle. The album is the first of Earle’s not recorded in Nashville. “It’s the first time that I’ve worked outside of my usual umbrella of people to make a record,” Earle said, adding “In Nashville, if you have the right connections, it’ll spoil the shit out of you because you’ve got access to the best musicians in the world and the best studios in the world. If you had told me when I started making records, that I wasn’t gonna make every record in Nashville, I would have told you you were crazy. And if you’d told me that I’d end up making a record in Omaha, I’d tell you you were out of your freaking mind.”

New West Records President John Allen stated about Earle’s signing to the label, “When I first met a young Justin Townes Earle, it was evident then he was intent on following his own artistic path. As his publisher, I saw his songwriting evolve to a literary depth and swagger that maintained that unique vision. New West is very proud to release Justin’s next album of his best work yet.”

Earle will tour this spring with his longtime guitarist Paul Niehaus alongside The Sadies as his backing band (they will also support each show). The full band tour will kick off with Earle’s appearance at this year’s Stagecoach Festival in Indio, Cal. on April 28. Prior to the full band performances, Earle will perform a solo March residency at the Doug Fir Lounge located in his new home of Portland, Ore. as well as two solo, acoustic shows in Georgia.