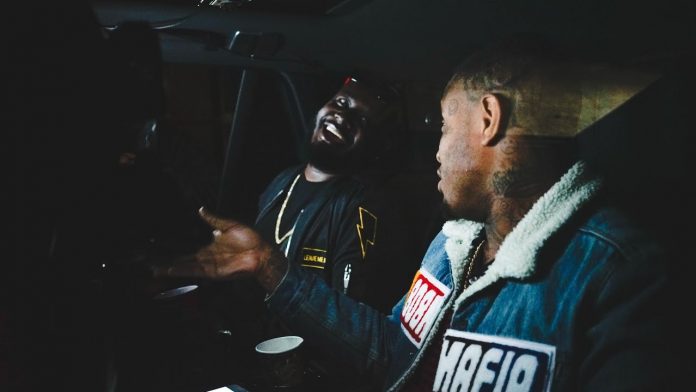 What do you get when you pair a rapper and a producer who’ve never worked together before, throw them in the back seat of an SUV, send them into the middle of LA’s legendary rush hour traffic and tell them that they have to create a brand new song before arriving at their destination, the Spotify-All Def Stage, where hundreds of fans will be waiting to hear them perform that song… live?!

You get… Traffic Jams, the new series from Spotify and Russell Simmons’ All Def Digital.

Starting April 4, and following every Tuesday for eight weeks, Spotify and All Def Digital take hip-hop fans along for the ride as different newly-paired rapper-producer teams work together to create all-new tracks from scratch, giving music lovers an inside look into the creative process of producing a banger.

“Our team at All Def Digital has been doing an incredible job developing and producing a variety of new series and formats across music, comedy and culture.  Traffic Jams is an exciting new premium series that shows off true talent — recording artists and producers — and their ingenuity, creativity and personalities.  It has improvisation, it has performances, and I’m pretty sure it will spawn a few new hits too — it’s amazing and Spotify is the perfect platform for it.” – Russell Simmons, co-founder of All Def Digital

“Our audience loves hip hop and with Traffic Jams we want to give them a deeper understanding of the artists and the creative process behind the music. Working with the All Def Digital team, we were able to produce a best in class hip hop series that tells stories that have never been told before and takes the musical performance format to another level.” – Tom Calderone, Global Head of Spotify Studios

“Hip hop is the most streamed genre of music in the world and, in turn, drives popular culture globally.  Spotify has played a leading role in this by revolutionizing the way we consume and experience music.  We are enormously proud to be among Spotify’s inaugural launch partners as the music service introduces its first slate of original programming to its 100 million users worldwide.  We are so excited about the artists and producers featured, from big acts to breaking talent.  Our collective audience of millions of hip hop fans – who are mobile-first, millennial and multi-racial – will love the show.” – Sanjay Sharma, President and Chief Executive Officer, All Def Digital

Comedian, DoBoy, aka Fat Drake, drives not just the SUV but also the conversation, as the artists, though dutifully working on the new track, also open up about their careers, their inspirations and of course their passion for music.

The first episode jumps-off with the one and only T-Pain, collaborating with Atlanta’s own Southside, on a signature party anthem that’s sure to get engines revving. Tune in each week to see some of the hottest rappers and producers create brand new songs. All episodes can be found on Spotify under Spotify Original Videos.

If you want to come along for the ride, then pull up!