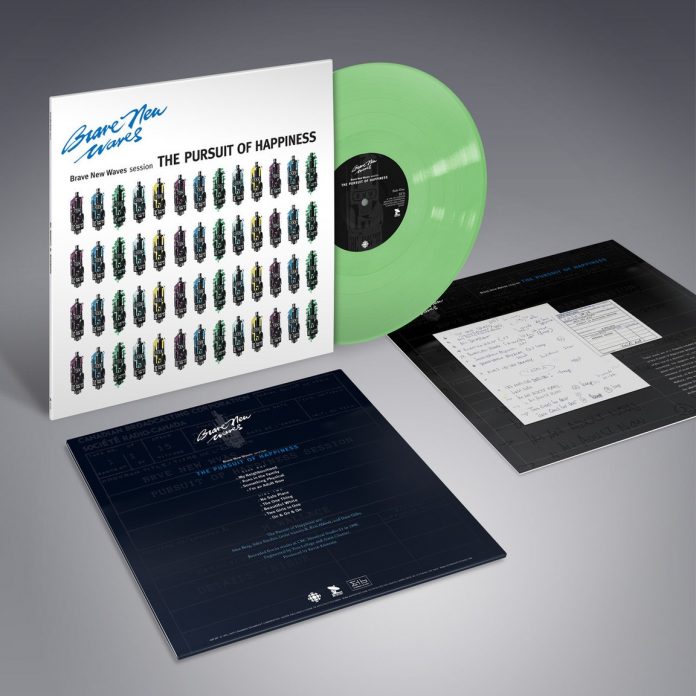 Recorded in 1990 at CBC Studio 13 in Montreal and taken from the original CBC Archives’ tape. Remastered at Grey Market Mastering in Montreal, by Harris Newman. The exact recording date of the Pursuit of Happiness’ is unknown.

Exploding onto the Canadian rock scene with “I’m An Adult Now,” The Pursuit of Happiness went on to sell over 100,000 copies of their debut album Love Junk and continued to have hits in the early 90s such as “Two Girls in One,” and “Cigarette Dangles.” Both hit songs “I’m An Adult Now” and “Two Girls in One” are on the, never before released, Brave New Waves session.

Track Listing:
1 My Neighbourhood
2 Runs in the Family
3 Something Physical
4 I’m An Adult Now
5 No Safe Place
6 The One Thing
7 Beautiful White
8 Two Girls in One
9 On & On & On
10 Interview with band, conducted by Brent Bambury **
**Only available on CD and Bandcamp