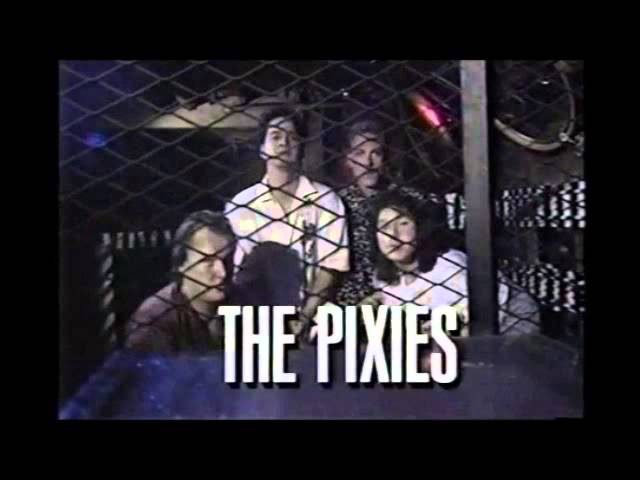 A video compilation of The Pixies’ guest-host appearances on 1989’s Post-Modern MTV as they support their new album (at the time) Doolittle. This video features clips from the Town & Country ’88 show and the Here Comes Your Man music video. The Pixies introduce and host music videos and Top 10 Lists, mentioning how the band formed, Francis’ stage name and the originally intended title of Doolittle. Also, note how Frank’s second middle name is spelled incorrectly, how do you spell that anyways?