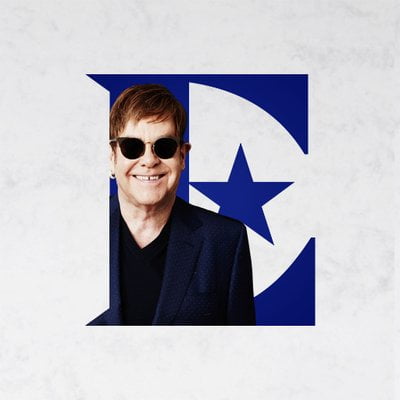 Elton John has announced the end of “The Million Dollar Piano,” his second critically-acclaimed Las Vegas residency at The Colosseum at Caesars Palace. The final 14 shows will occur in the Spring of 2018 with dates scheduled April 28 – May 19, 2018. Tickets go on sale Sunday, Oct. 22 at 10 a.m. PT.

Since February 2004, Elton will have performed 450 shows at The Colosseum to over 1.8 million fans from across the world. His first highly successful five-year Caesars Palace residency “The Red Piano” played 243 shows to approximately one million people through April 2009. Elton and his band made a triumphant return to Caesars Palace on Sept. 28, 2011, with an all new, second residency production, “The Million Dollar Piano” which has received worldwide acclaim by critics and fans alike and will have played 207 shows at residency’s close.

In addition to the final performances going on sale, previously announced dates of “The Million Dollar Piano” through Nov. 4 and Feb. 9 through Mar. 2, 2018 are on sale now.

Tickets may be purchased in person at The Colosseum at Caesars Palace Box Office, by calling 888-4-ELTON J, or online at thecolosseum.com or axs.com. Ticket prices start at $75 (prices include a 9% Live Entertainment Tax). VIP packages are available. Orders are subject to additional service charges and fees. There is an eight (8) ticket limit per guest. For groups of 20 or more, call (702) 731-7208. Shows are scheduled for 7:30 p.m.

“The Million Dollar Piano” features iconic hits and classic album tracks from throughout Elton’s incredible five-decade career, all enhanced by the most elaborate stage design Elton has ever used. At the centerpiece of the performance is the show’s namesake piano, an engineering marvel featuring more than 68 LED video screens created by Yamaha.

Elton is one of the top-selling solo artists of all time, with 38 gold records and 31 platinum albums, 29 consecutive Top 40 hits, and he has sold more than 300 million records worldwide. Elton holds the record for the biggest-selling single of all time, “Candle in the Wind 1997,” which sold over 33 million copies, as well as for most appearances on Billboard’s Adult Contemporary chart with his most recent single “A Good Heart” (from his latest album “Wonderful Crazy Night”) marking his 72nd entry. He has also written the music for stage and screen successes Billy Elliot: The Musical, Elton John and Tim Rice’s Aida, and The Lion King, which was named the highest-grossing stage show or film release in the world. Elton has over 4,000 performances, in more than 80 countries, to his credit since launching his first tour in 1970.

Among the many awards and honors bestowed upon him are five Grammys, a Grammy Legend award, a Tony and an Oscar, a Best British Male Artist BRIT Award, induction into the Rock and Roll Hall of Fame and the Songwriters Hall of Fame, the Kennedy Center Honor, Legend of Live Award, 12 Ivor Novello Awards and a knighthood from HM Queen Elizabeth II for “services to music and charitable services.”