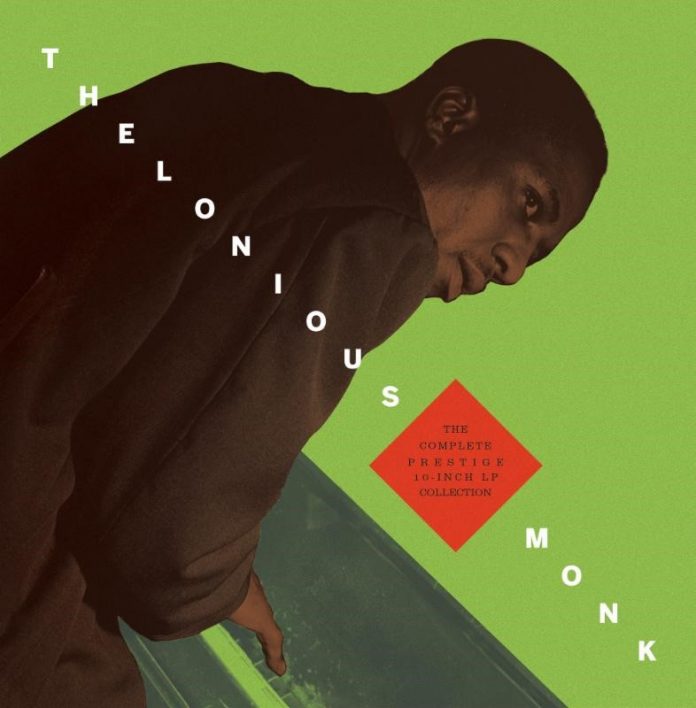 Craft Recordings, the Catalog Division of Concord Music, is proud to announce the release of Thelonious Monk’s The Complete Prestige 10-Inch LP Collection. Due out December 15th, the limited-edition box set includes all five of the 10″ vinyl LPs which the pianist recorded for the jazz label, spanning 1952 to 1954. Each album has been faithfully reproduced – from the jacket design to the LP labels – while the audio has been carefully restored and remastered by Joe Tarantino from the original analog tapes, with lacquer cutting by George Horn and Anne-Marie Seunram at Fantasy Studios. Rounding out the collection is a booklet with new liner notes by Robin D. G. Kelley, author of Thelonious Monk: The Life and Times of an American Original. The Complete Prestige 10-Inch LP Collection will also be released in high-res and standard audio formats across all streaming and digital platforms.

Thelonious Sphere Monk (1917-1982), who would have turned 100 this year, remains one of the most highly regarded jazz artists in history, known for his unique style on and off the piano. Monk was a rule-breaker, pushing the limits of his genre, with his dissonant chords, unconventional melodies and progressive rhythms. Initially dismissed an eccentric by the musical elite, Monk stood his ground, and came to be celebrated for his complexities; considered by many to be a genius.

However, in the early ’50s, the artist was still struggling to find critical and commercial acceptance. In his liner notes, Robin D. G. Kelley refers to this era as the “golden years in terms of [Monk’s] creative output” but, he adds, “these were also dark times.” Following an unjust run-in with the law, the jazz musician’s cabaret card was revoked, preventing him from performing at New York clubs, and restricting his income. The artist’s fortune began to change, though, in 1952, when Prestige Records’ founder Bob Weinstock offered Monk a recording contract. Weeks later, the Thelonious Monk Trio ̶ consisting of Art Blakey (as well as Max Roach on select tracks) on drums and Gary Mapp on bass, went to work in the studio, with a young Ira Gitler as producer. The resulting 10-inch LP release was Thelonious. By the fall of 1953, Monk returned to the studio, this time with a quintet, for Thelonious Monk Quintet Blows For LP, featuring Sonny Rollins on tenor saxophone. Thelonious Monk Quintetand Thelonious Plays followed in 1954. In the final 10-inch LP in this collection, recorded in October of 1954, Monk was actually a last-minute replacement for Elmo Hope at a Sonny Rollins session. But he ultimately received co-billing on the resultant 10″ LP release, Sonny Rollins and Thelonious Monk. Also produced by Gitler, the LP includes an 11-minute jam of Vincent Youmans’ “More Than You Know” which, as Kelley puts it, became “the session’s masterpiece, a sublime dialogue between two great masters of modern music.”

These early albums in The Complete Prestige 10-Inch LP Collection offer an intriguing look into this distinctive and resolute artist before he found full acclaim and acceptance, and feature an impressive collective personnel that includes some of jazz’s finest. “Listening to these tracks more than sixty years after they were recorded, it’s stunning how compelling, modern and original Monk’s music still sounds, even through the filter of 21st-century ears,” observes the collection’s producer, Nick Phillips. “That’s the mark of a true musical genius, indeed.”

Side A
1. Little Rootie Tootie
2. Sweet And Lovely
3. Bye-Ya
4. Monk’s Dream
Side B
1. Trinkle, Tinkle
2. These Foolish Things
3. Bemsha Swing
4. Reflections
Personnel:
Thelonious Monk – piano
Gary Mapp – bass
Art Blakey – drums (A1 through A4)
Max Roach – drums (B1 through B4)

Side A
1. The Way You Look Tonight
2. I Want To Be Happy
Side B
1. More Than You Know
Personnel:
Thelonious Monk – piano
Sonny Rollins – tenor saxophone
Tommy Potter – bass
Art Taylor – drums