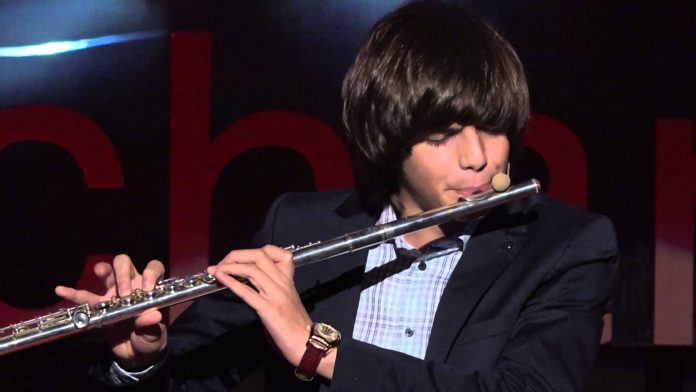 Since the early years of his life, Cosmin Cioca had a special connection with music.

His parents signed him up for flute classes and even though at first it was more of a love-hate relationship, in time he kept getting better and better.

After successfully winning classical music competitions, he decided to let the world know of his gift by participating in the Romanians Have Talent 2015 competition, where he won the Originality Prize.

Connect your sound system and turn up that bass, because this flute beatboxing will leave you breathless. Cosmin, this otherwise shy young man, shows onstage a real talent in mixing his flute performance with his passion for beatboxing, resulting in a skillful, delightful combination.