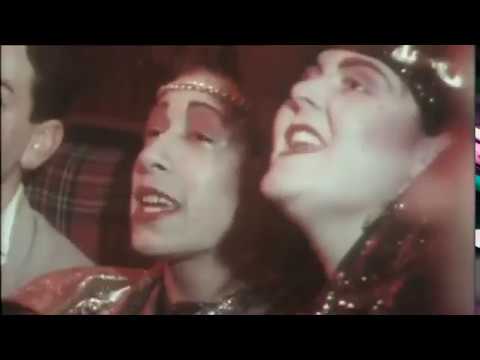 Spandau Ballet’s first single had been in the UK chart for 11 weeks and their second was launching January, 1981. They were the house band for a London clubland cult variously called the Blitz Kids and the New Romantics. Few journalists had paid much attention to this massive underground following, but Robin Denselow, a savvy music writer for The Guardian, had also been recruited by the BBC’s new nightly current affairs strand, Newsnight. He recognised a Pop Moment if ever there was one and took his camera crew to Le Kilt, the coolest club-night of the month. We see him given the full New Romantic manifesto by half a dozen of its 21-year-old exponents who were all on the brink of showbiz and media careers. This package triggered the tabloids to flock into clubland and make stars of the most stylish kids – the story of the 80s Pose Age was in lift-off.