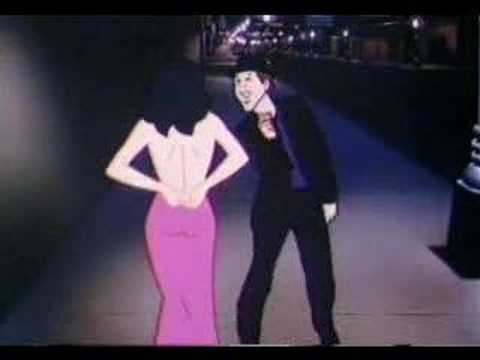 Tom Waits for No One is a rotoscoped short film starring Tom Waits, singing “The One That Got Away” to an apparition. Directed in 1979 by John Lamb of Lyon Lamb, it was among the first music videos of its kind, and nearly two years before the advent of MTV. The film, inspired by a performance of Waits at the Roxy in May 1977, captured a first place award at the first Hollywood Erotic Film and Video Festival in 1980. The film never saw commercial release and sat in obscurity for 30 years, when it went quietly viral on YouTube. Filmed live at the La Brea Stage in Hollywood in six takes and edited down to five and a half minutes, the live frames were then traced using a “video rotoscope” and then converted by hand into animation. This particular combination of rotoscoping and pencil test, originally developed for Ralph Bakshi’s American Pop, was considered innovative at the time, and assisted in winning Lyon Lamb a 1980 Academy Award for Scientific and Technical Achievement.