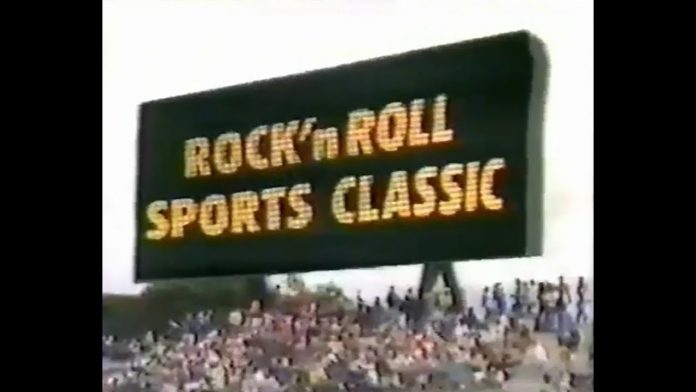 Events include cycling, basketball, swimming, track and field. The main takeaway is that the Runaways kick ass, with both Joan Jett and Sandy West winning events. Michael Jackson appears in the 60-yard dash, but his brother Jackie wins that event. In soccer, Rod Stewart defeats ELO bassist Richard Tandy in a penalty-kick competition. The roster of announcers is nearly as long and impressive as the list of performer-athletes: Ed McMahon, Sandy Duncan, Phyllis Diller, Susan Anton, Kristy McNichol, Barbi Benton, and Alex Karras. It’s a prime example of the nexus of music and television that only the seventies can supply, and well worth watching for connoisseurs of televised weirdness.