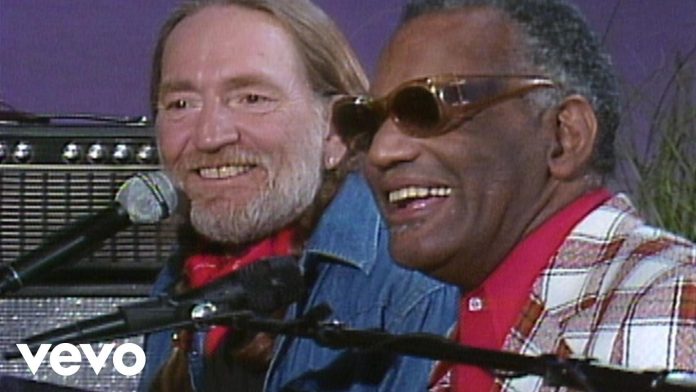 Seven Spanish Angels is a duet sung by Ray Charles and Willie Nelson, and was recorded at Padernales Studios, Willie’s home studio. Willie describes the song as a story about “gunfights and death on the lonely Southwestern frontier.” The was the most successful of Charles’ eight hits on the country chart, spending one week at number one and a total of twelve weeks on the country chart.