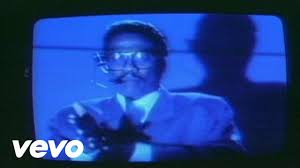 What was Miles Davis like to work with? Was he competitive with you guys?

Herbie Hancock: When “Watermelon Man” was a hit, under my publishing company, and I was the writer, and it was on my record [Takin’ Off, Hancock’s 1962 debut], I started getting some checks for it, it was on the radio, I thought, “Whoa, I might have to go on the road, get a band together, and start playing this thing.”

And so Donald Byrd, who took me in as his roommate, said, when I said I might get a station wagon, he said, “Have you ever thought about getting a sports car?” Donald had a Jaguar. He said there’s a car that’s been beating Ferraris in races and it’s a Ford — an AC Cobra.

I bought the car, for $6,000. Then I got hired by Miles, maybe a month later, and I’m gonna go on the road. But I had one more gig, at the Village Gate in New York, as a sideman for Clark Terry. … When we were playing the last set, I looked out the corner of my eye, and who do I see? Miles! Miles had come down.

We get downstairs and my car is near the exit. He says, “Cute.”

We both get to the stoplight at Sixth Avenue. It’s like 2, 3 o’clock in the morning. I knew what was going to happen: As soon as the light turns green, we’d floored it, right! So we drove several blocks before the next red light. I got to the light shortly before Miles, and I smoked Marlboros in those days. I grabbed one, lit it, rolled down the window as Miles drives up.