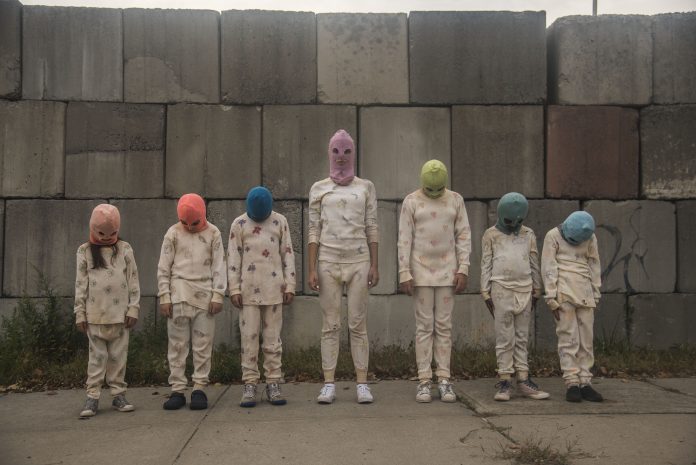 “When members of Pussy Riot were arrested in 2012 in Moscow for performing a crude anti-Putin punk song atop an altar in a Russian orthodox church, the overblown reaction of their government seemed positively quaint. Six years on, after Russian interference in the U.S. election, Pussy Riot’s concerns have become ours. It’s now impossible not to feel politically energized by the sound of the Russian language, particularly when caught shouting feminist slogans over poppy EDM in front of fun video art depicting police brutality and political corruption. At the very least, the sight of Nadya Tolokonnikova in a neon-pink ski mask yelling, ‘Pussy is the new dick’ to a bunch of bouncy hipsters is a reminder that we in America are still at liberty to goof on this stuff. But one wonders for how long.”