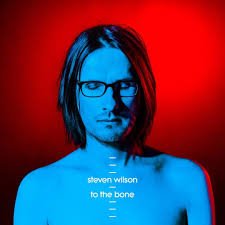 When it came to developing the overall sound of To the Bone, was part of it that you didn’t want to do a third consecutive conceptual album, or at least not one with a very clear concept running through it?

Stephen Wilson: I think I can simplify it and just say I wanted to do something different. And that’s really been the driving force for me throughout my whole career: “OK, I’ve done that, now what can I do that will be different, and that will keep me engaged and keep me excited?” Because it’s very boring to just keep repeating yourself. At least, it seems to me that’s very boring. I know there are some artists that have kind of made a virtue of repeating a similar approach every time. And that’s fine. But my approach has always been: “OK, I’ve done that, what can I do next?”

And these things are often influenced by outside factors, like what am I listening to, what movies am I watching, what’s interesting me in the news and the media, what’s happening in my life, what’s happening in the lives of my friends and my family. And particularly the kind of music I was listening to, I suppose, was quite a long way away from that so-called progressive-rock genre that people associated me with. I was listening to a lot of pop. I was listening to a lot of ’80s pop, the kind of pop music I grew up with — Kate Bush, Tears for Fears, Talk Talk, Depeche Mode, Prince. When Prince and Bowie died, like a lot of people I ended up going back and listening to a lot of their back catalogue. And all of those things conspire to take you in a particular direction when you start writing your own music, and I’m sure that’s a lot of the reason for the direction changing.

So it wasn’t a self-conscious thing to say, “OK, I’m going to make more of a mainstream pop record,” or “OK, I’m going to upset the people who have decided I’m a progressive-rock artist.” It was simply a challenge to myself: let’s do something different, and maybe this time around let’s strip away some of that conceptual element and let’s just focus on great melodies and a more direct approach to songwriting.