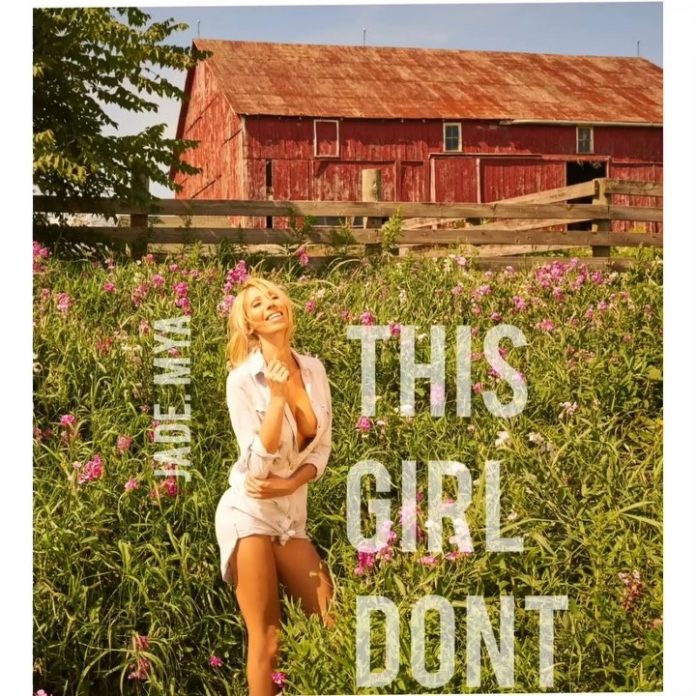 Canadian Pop-Country musician, Jade Mya, is releasing the third single from her sophomore album, Dirt Covered Rhinestone May 30. The new single, This Girl Don’t, co-produced by award-winning producers Justin Gray and Tino Izzo in collaboration with Mya, showcases an edgy, country-rock sound with the combination of Mya’s strong vocals and the electric guitar. This song will be released under ILS (Independent Label Services Group), a Toronto-based international entertainment distributor and marketing company for Caroline International, a division of Universal Music Group. Her sophomore album, Dirt Covered Rhinestone, will be released this September, and Mya will be heading across Canada late June and July on a media tour with stops in Montreal, Ottawa, Winnipeg, Calgary, Edmonton and Regina.

“The third single off my album, This Girl Don’t, deeply resonates with me, as it specifically talks about the struggles faced by women of my generation,” says Mya. “This song achieves the difficult task of talking about a serious topic but with a wild sense of humour.”

Mya is inspired by pop-country music icons such as Shania Twain and Dolly Parton who pair their motivating yet sexy lyrics with commanding personas. The tone of This Girl Don’t is fiery and humorous, reminiscent of Shania Twain’s That Don’t Impress Me Much. This Girl Don’t delivers a strong message to audiences by empowering females who are often subject to unwanted advances. Mya’s refreshing edginess, as is showcased in this song, makes her noticed in country music, while her soulful voice strengthens her heart-felt music.