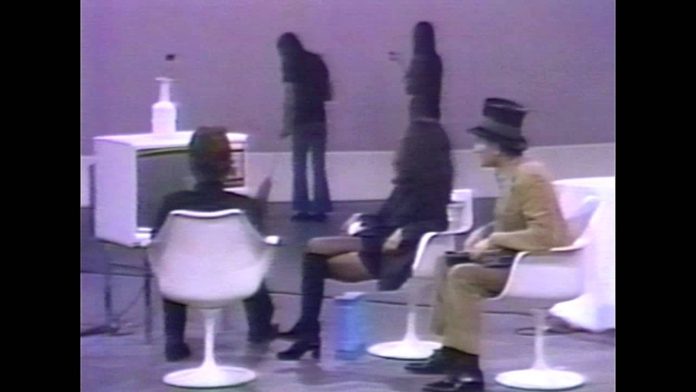 What happens when you give John Lennon and Yoko Ono an hour on television to do whatever they want to do? This.

Free Time, a series on New York City’s public TV station WNET, devoted its October 14, 1971 television broadcast to John, Yoko, and Jonas Mekas’ performance of excerpts from Ono’s Of a Grapefruit in the World of Park. It was filmed during the 1971 opening of Yoko’s Syracuse exhibit This Is Not Here.