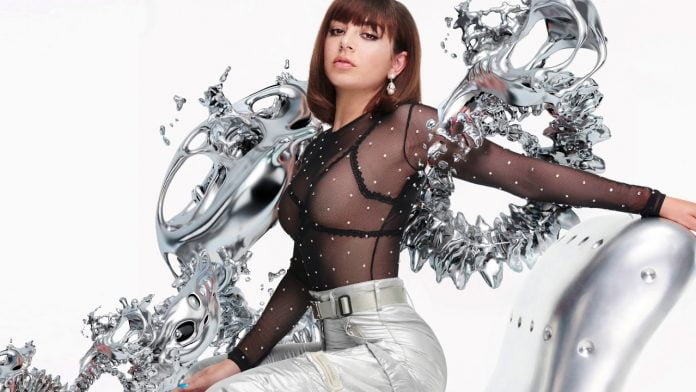 One of the most respected songwriters in pop’s rainbow spectrum Charli XCX unveils another bleeding-edge pop moment with her brand-new single “5 in the Morning”.

The pop innovator wrote the track herself alongside Nat Dunn (Marshmello & Anne-Marie “Friends”) and Cleo Tighe (Jess Glynne), with the track’s trap-infused production from Invisible Men (ZAYN, Iggy Azalea). At the apex of her field and experimenting from the margins to the mainstream, Charli XCX has been working solidly in the studio over the past months, the fruit of which will be rolled out over the summer with a series of releases. Currently supporting Taylor Swift on her world ‘Reputation’ tour alongside Camila Cabello, Charli has and will play stadiums around the globe.

Charlotte Aitchison, aka Charli XCX, has earned universal critical acclaim for her forward-thinking musical output and refreshing entrepreneurial spirit. Video director, singer, songwriter, documentary maker, radio host and record label boss; there’s nothing the British 26-year-old can’t turn her hand to. Charli XCX is fast becoming one of the hottest creators of her generation and is the award-winning talent behind the multi-platinum and global No.1’s “Fancy” (Iggy Azalea) and “I Love It” (Icona Pop) and the multi-platinum “Boom Clap”.

In 2017, Charli XCX bookended the year with her ground-breaking, critically-acclaimed mixtapes ‘Number 1 Angel’ and ‘Pop 2’, featured on David Guetta and Afrojack’s global smash “Dirty Sexy Money” and released her standout summer crush anthem “Boys”. On the latter, Charli took full creative control across casting, directing and producing the accompanying official video, which not only saw her flip the traditional male gaze on its head, but featured an all-star male cast including Stormzy, Mark Ronson, Diplo, Joe Jonas, Brendon Urie, will.i.am, and more, with Charli XCX hailed as a paragon of progressiveness off the back of its release.