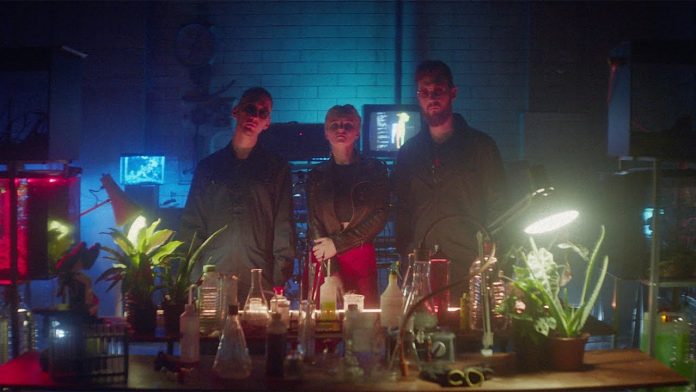 Chart-topping, GRAMMY award-winning, UK trio Clean Bandit unveil a brand new self-directed official music video for their single “Solo” ft. Demi Lovato released earlier this month, accumulating over 20 million streams during its first week. Following the song’s empowering narrative of finding yourself after a break-up, the video which stars both Clean Bandit and Demi Lovato serves as another reminder of the band’s unparalleled, innovative visual output.

Grace Chatto of Clean Bandit says, “Making little films is our passion, just as important to us as music (or more!). We made this one in LA, which was super cool! It was the first time we met Demi Lovato properly since we recorded the song, and filming her was really special. Can’t wait for you to see it!”

Since breaking through to the mainstream in 2014 with their mammoth, 11 million-selling single “Rather Be” and two million-selling debut album ‘New Eyes’, the pioneering, GRAMMY-winning and 6 x BRIT-nominated trio have paved the way in the global pop scene with their multi-genre catalogue. Becoming one of the most successful singles collectives of the century with their matchless blend of classical, electronica, pop, dancehall and R&B, that only Grace Chatto, Jack Patterson and Luke Patterson could unite so compellingly, Clean Bandit have sold over 35 million singles, worldwide, and have accumulated over 3 billion streams and 3.5 billion YouTube views to date! Not to mention their cutting-edge self-directed official music videos, which have further propelled the band as an unparalleled creative force. To date, Clean Bandit have commanded a wealth of guest vocalists on their chart hits including Anne-Marie, Zara Larsson, Jess Glynne and Julia Michaels (to name a few). The band’s 2016 UK Christmas No.1 “Rockabye” featuring Anne-Marie and Sean Paul has received 65 x Platinum certifications across the globe since its release and even went onto become the UK’s longest-running UK No.1 in 22 years, surpassing Wet Wet Wet’s “Love Is All Around” – the track has since been nominated for a Billboard Music Award in the ‘Dance/Electronic Song’ category. Clean Bandit is currently working on their second studio album.