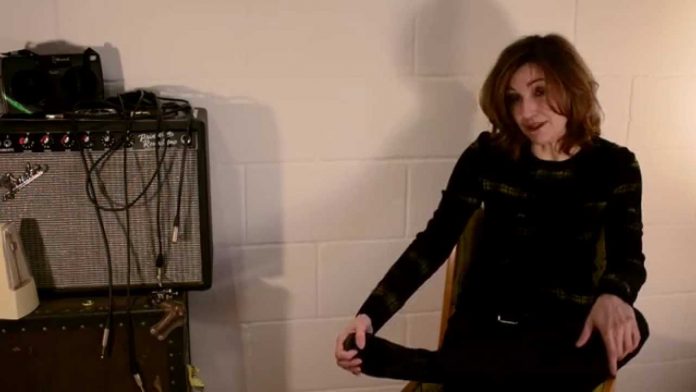 Viviane Katrina Louise “Viv” Albertine is best known as the guitarist for the Slits, and her memoir, Clothes, Clothes, Clothes. Music, Music, Music. Boys, Boys, Boys, was published in 2014 in the UK by Faber and Faber. It was a Sunday Times, Mojo, Rough Trade, and NME Book of the Year in 2014, as well as being shortlisted for the National Book Awards.

Women’s anger or women’s discontent seems like the last taboo to break. Right now, it’s pretty common for women to very totally open about sexuality, which is great, but you’re still making yourself available to for other people’s pleasure. It’s not coming to terms with your own anger. I get mad about stuff all the time.

Viv Albertine of The Slits: “You say, ‘I get mad about stuff’, but it’s sort of slightly apologetic. Why? When I was growing up, to be an angry girl was to be two terrible, terrible things: unattractive and unfeminine. These were the biggest sins any woman could ever commit. It’s really only in the last couple of years, and I’ve been so thrilled to see it, that women talk about their anger and their rage, because up until a few years ago, most people hid. But, you know, if you’re an angry young man, you’re cool, you’re sexy, you’re deep.”

There’s still nonsense about women’s anger related to being on your period, too…

“The anger one has when one has a period, for instance, is a huge energy that can be harnessed. It’s also a clarity: the bullshit drops from your eyes in that state. So, you start being put down and told you’re vulnerable, but really, you just don’t want to play the game. And that’s threatening to a lot of people, especially people who are still advancing patriarchy.”