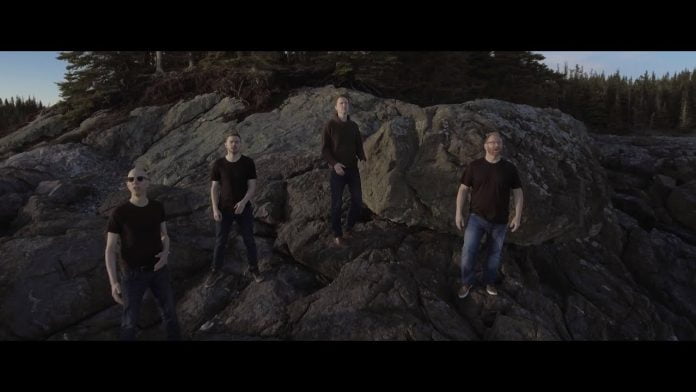 The stage lights fall, the crowd goes quiet, and four harmonious voices rise up and fill the air. The melodies unfurl into something both familiar and fresh. What comes next may be a classic song by Joni Mitchell or Louis Prima. It may be an old bebop standard or cheeky arrangement of a 1980s hit. But these are arrangements like you’ve never heard them before—containing all the richness of a full band, but performed using just four voices.

This is Cadence, Canada’s premiere vocal group. Based in Toronto, this a cappella ensemble has been wowing audiences across the country and around the world for nearly 20 years. Whether performing at sold-out jazz clubs and concert halls, at music festivals, for educational outreach, or for corporate functions, the members of Cadence bring an infectious energy and uncanny verve to every song they sing.

The group’s four critically acclaimed studio albums, Cool Yule (2011), Speak Easy (2010), Twenty for One (2005), and Frost Free(2000) have won or been nominated for numerous awards, including three nods from the JUNO Awards and 10 from CARA, the Contemporary A Cappella Recording Awards.

Cadence’s 5th studio album Home is nearly set for release this Friday. This album will be the first of its kind: all Canadian songs recorded using only the human voice. The four members of Cadence were born in four different provinces spanning from BC to PEI and this original song, “The Watcher On The Rock (Slhx̱í7lsh)” features elements from both coasts.

There is a rock in Stanley Park at the entrance to Vancouver Harbour that lies on the traditional territory of the Squamish Nation. The words for this song were inspired by a legend that tells of a young warrior who defied The Creator in his mission to ensure a spotless life for his unborn son. Impressed by his commitment to future generations, The Creators’s agents transformed the young man into an indestructible monument to Clean Fatherhood, the rock called Slhx̱í7lsh.

The musical arrangement is in the style of an epic 6/8 ballad and features elements often found in Maritime songs of this type with vocal parts that are stark, exposed, and broadly sung leaving room for the story to take centre stage. The accompanying video was shot at Irving Nature Park near St. John, NB.