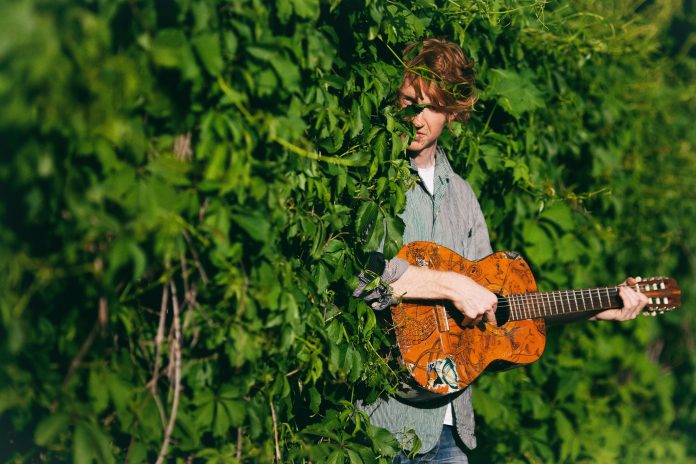 Richard Reed Parry is thrilled to announce that he has signed to Secret City Records in Canada and will be releasing two albums as a two volume series. This autumnal equinox – September 21 – Quiet River of Dust Vol. 1 will be released while the spring equinox of 2019 will be the release date of Volume 2. Courtesy of Pitchfork, watch the animated video (directed by Caleb Wood and Richard Reed Parry) for two new songs from Vol. 1 – “Sai No Kawara (River of Death)” and “On the Ground” – below. Concert dates supporting the new record will be announced shortly.

Best known as an accomplished multi-instrumentalist in the Grammy-winning rock band Arcade Fire, the Quiet River of Dust volumes are Parry’s first solo work outside of his innovative compositional work with the highly respected Deutsche Grammaphon label. But, Quiet River of Dust is a new direction: a dreamlike journey of immersive, gently psychedelic songs inspired by Japanese death poems and the folk music of the British Isles.

The genesis of these songs came ten years ago after Arcade Fire’s first tour of Japan in February 2008. Parry stayed on for weeks after the last show, heading to a monastery for some solace in what he described as “the biggest silence you’ve ever heard.” Quiet River of Dust has been slowly gestating ever since, in many ways a necessary respite from Parry’s other musical pursuits as creating this music grew into a meditative practice.

“The song ‘On the Ground’ was inspired by an encounter with ghost voices in a Japanese forest near a temple on the sacred mountain Koya-Sān,” Parry explained. “I told director Caleb Wood the story – of being alone in this magical environment of giant cedar trees and hearing a loud chorus of powerful harmony singing that sounded inexplicably identical to my late father’s folk band the Friends of Fiddler’s Green, who were the soundtrack to my entire childhood and upbringing.”

Despite these influences, Parry did not explicitly want to write in a traditional British Isles folk style. Nor did he want to create the kind of pop songs to which tens of thousands of people could sing along, as he does with Arcade Fire. But while that band’s landmark 2004 debut, Funeral, made a grandiose statement through big, bold gestures, Quiet River of Dust does the same, with vertical layers of sonic architecture, but with the inverse approach: small, soft and gentle, though just as grand. Parry wanted to create a tangible aural garden of rapturous colors that invite exploration and create an immersive experience.

“I’m lousy at sitting still and being nothing,” Parry says. “But being out in the natural world or being immersed in music is the meditation for me. That’s the heart of this record: the experience of transcending the place that you’re in, getting lost in the feeling of where you end and where the world begins, in a dreamlike world of music and thought.”