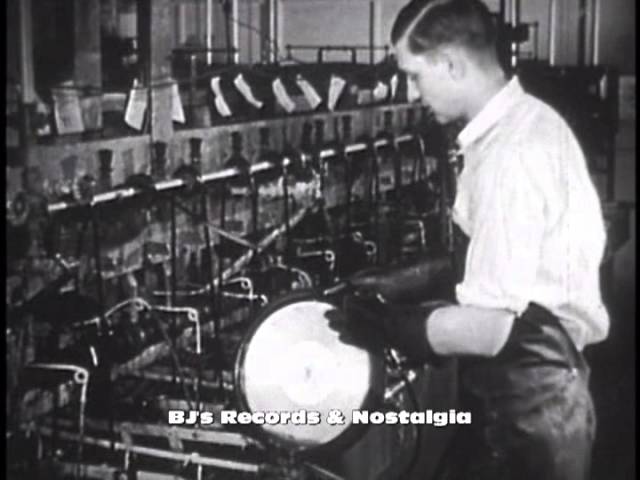 Before 1925, all 78s were recorded by means of the artist singing or speaking into a horn, the power of their voice directly vibrating the recording stylus and thus cutting the wax of the master disc. The older 78 format continued to be mass produced alongside the newer formats into the 1950s, but had faded from the scene by 1955.

Filmed in 1939-40, this piece takes you behind the scenes at RCA Victor and shows you the manufacturing process that went into the early 78 RPM.