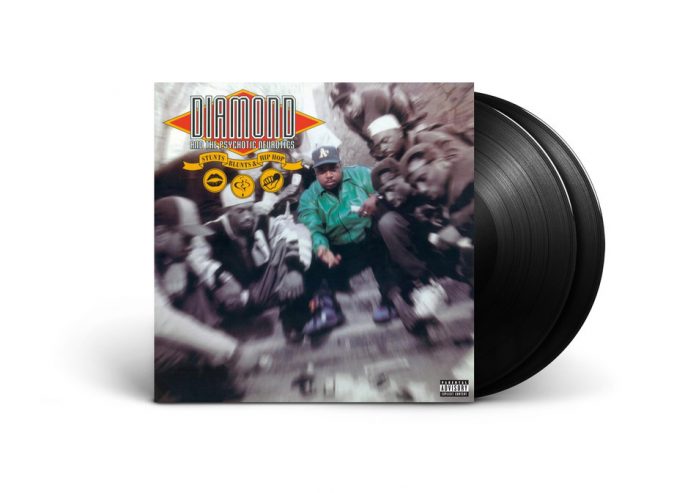 On July 20, 2018, UMe will reissue the out-of-print, 2LP vinyl set of Diamond D And The Psychotic Neurotics’ landmark album Stunts, Blunts and Hip-Hop.

Twenty-six years ago MC/producer Diamond D from New York’s mighty D.I.T.C. (Diggin’ In The Crates) collective debuted with a stunning classic that entailed elements of what brought him and his crew notoriety—grimy boom-bap anchored by effusive yet obscure samples. Diamond emerged in the late ’80s as a member of Ultimate Force, a short-lived troupe whose debut album was shelved and didn’t see the light of day until over a decade afterwards. Diamond’s encyclopedic knowledge of records, after years of contributions and studious vision, came to the forefront in 1992 with his first official solo venture, Stunts, Blunts and Hip-Hop.

Despite his acumen and talent as a beatmaker, Diamond D had other production notables pepper his album with mastery and know-how. While Diamond helmed the majority of the beats, longtime visionaries like The 45 King, Jazzy Jay, Large Professor, and D.I.T.C. teammate Showbiz all make stellar appearances on the project. Despite its gritty, sonorous East Coast aesthetic, the album still hit No. 47 on Billboard’s R&B and Hip-Hop chart. You also hear sped up samples and vocals, a sound that would also be forever influential in the decades to come by the likes of 9th Wonder or Kanye West, respectively.

In the years that came about, Diamond remained proactive and contributed to many albums and one-offs that would define his style. Stunts, Blunts and Hip-Hop is a jazzy foray bound with storytelling narratives, battle raps, and light-hearted lyrics. At 70-minutes, Diamond D’s organized structure keeps the release above water and remains to this day an underground, and often under-mentioned, rap masterwork.