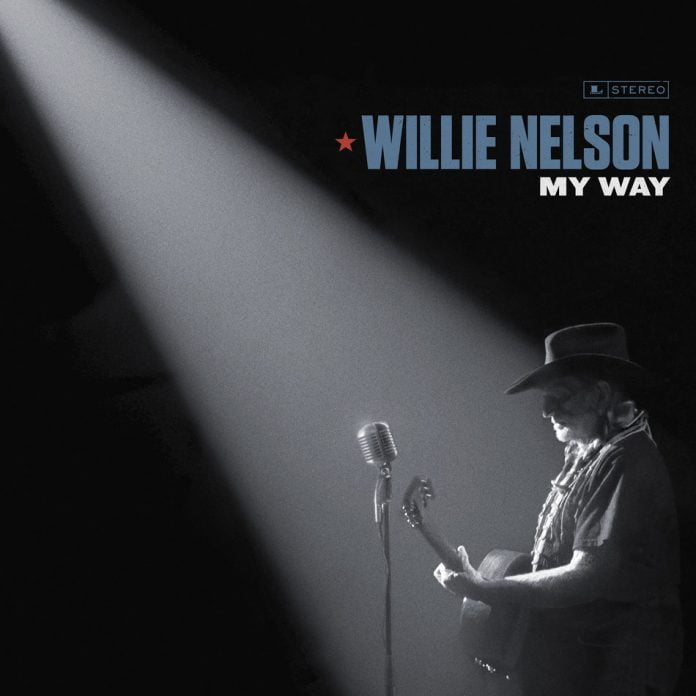 Willie Nelson will release My Way, his new studio album on Friday, September 14. Check out Willie’s take on the classic “Summer Wind” below:

My Way is Willie’s second new studio album this year, following the release of his critically-acclaimed Last Man Standing in April.

An album of standards and classics made famous by Frank Sinatra, My Way finds Willie (who’s written a few standards himself) swinging his way through some of the most beloved songs in the Great American Songbook. The album–which features lush string and horn arrangements–was produced by Buddy Cannon and Matt Rollings.

Two iconic avatars on the American pop culture landscape, Frank Sinatra and Willie Nelson express the range of romantic emotion–from the intoxicating thrill of falling in love to the crushing hangover of heartbreak–in songs that speak directly to the listener. Recorded in the spirit of Willie’s legendary 1978 Stardust album (one of the first contemporary artists to “cover” the Great American Songbook) and 2016’s Summertime: Willie Nelson Sings Gershwin (a Best Traditional Vocal Album Grammy Award winner), My Way pays homage to one of his heroes.

Willie and Frank were close friends, musical colleagues and mutual admirers of each other’s work throughout Sinatra’s lifetime. In the 1980s, Sinatra opened for Willie at Golden Nugget in Las Vegas and the two of them appeared together in a public service announcement for NASA’s Space Foundation.

“I learned a lot about phrasing listening to Frank,” Willie said recently in an interview for AARP magazine (June/July 2018). “He didn’t worry about behind the beat or in front of the beat, or whatever—he could sing it either way, and that’s the feel you have to have.”

That’s the attitude Willie brings to My Way with abiding classics like “Summer Wind,” “It Was A Very Good Year,” “I’ll Be Around,” “Fly Me To The Moon,” “What Is This Thing Called Love” (a duet with 9 time Grammy winner Norah Jones) and the anthemic title track, Frank done Willie’s way, one master vocalist channeling another.