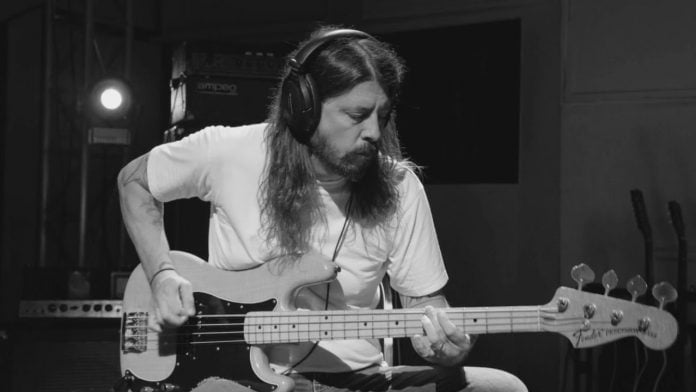 Dave Grohl is planning to release a two-part documentary called Play that will climax with the Foo Fighters leader playing every instrument on a 23-minute original, instrumental song. The documentary, which will be released digitally next Friday, is meant to encourage music learning and creativity; footage of Grohl will be intercut with footage of young musicians practicing their own instruments to show that learning is a worthy, lifelong endeavor. (Rolling Stone)